AIP congratulates Takaaki Kajita and Arthur B. McDonald on their receipt of the Nobel Prize in Physics "for the discovery of neutrino oscillations, which shows that neutrinos have mass."  This page will be updated throughout the morning. Check back soon for more information. 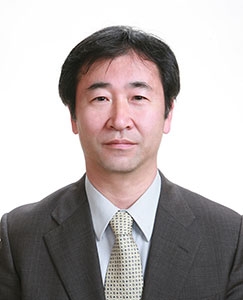 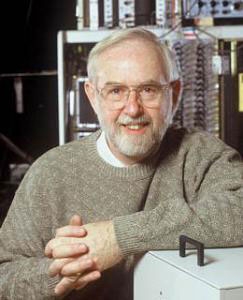 » Articles from Inside Science News Service

Neutrinos are subatomic particles that, though tiny, are teeming. Thousands of billions of neutrinos pass through your body each second and scientists estimate that the weight of all the neutrinos in the universe is about equal to the weight of all the visible stars. Yet for a long time physicists thought neutrinos were massless. The 2015 Nobel Prize in Physics honors the work of two teams who discovered evidence that neutrinos can change type, which proves that the elusive particles have mass. The finding contradicts the Standard Model, the best set of equations to date that describes the universe's fundamental particles and how they interact, and suggests new physics is still out there, waiting to be uncovered.

Neutrinos come in three types, called flavors: electron, tau, and muon. In 1998, Takaaki Kajita presented data from the Super-Kamiokande detector in Japan that showed neutrinos created in reactions between cosmic rays and the Earth's atmosphere switch types as they travel through the Earth to reach the bottom of the detector. In 2001, a research group led by Arthur B. McDonald at the Sudbury Neutrino Observatory (SNO) in Canada revealed that neutrinos coming from the Sun can also undergo a metamorphosis.

Both experiments required feats of engineering to construct the enormous detectors needed to catch a glimpse of the elusive neutrinos, which hardly ever interact with other matter. The SNO detector, for example, contained 1,000 tonnes of heavy water in a 12-meter-diameter sphere. The space was monitored by 9,500 photomultiplier tubes and surrounded by ultra-pure water to shield against radioactive decay in the surrounding environment.

“This year’s prize highlights a seriously important step in our understanding of the fundamental particles of the universe, and one that has improved our understanding of both particle physics and cosmology," said Robert G.W. Brown, CEO of the American Institute of Physics.

“You can chalk up yet another success for quantum mechanics because without it we would not be able to make sense of the experimental results that have led to this prize," he added. "Once again quantum mechanics and wave interference provided an explanation for oscillatory behavior — this time with mass and previously with photons."

Solar Neutrino Experiments: The Next Generation

Takaaki Kajita was born in 1959 in Higashimatsuyama, Saitama Prefecture, a suburb of the Greater Tokyo Metropolitan Area. He completed his initial studies at the Saitama University in 1981, and received his doctorate from the University of Tokyo in 1986. Since 1988, he has been at the University of Tokyo's Institute of Cosmic Radiation Research (ICRR), where he became director of the Center for Cosmic Neutrinos in 1999 after becoming an assistant professor in 1992 and professor in 1999. In 1996, the institute began its Super-Kamiokande experiment, in which Kajita led the studies of atmospheric neutrino, in the Kamioka Observatory, located under Mount Kamioka near the city of Hida, Gifu Prefecture.

Arthur Bruce McDonald was born in 1943 in Sydney, Canada. He earned his Bachelor's and Master's degrees in 1964 and 1965 in Physics from Dalhousie University in Nova Scotia, and completed his PhD in Nuclear Physics at the California Institute of Technology in 1969. After subsequent work at the Chalk River Nuclear Laboratories in Ontario from 1969 to 1982, he became a professor of physics at Princeton University in 1982. In 1989, he moved to Ontario, Canada for a professorship at Queen's University at Kingston, and became director of the Sudbury Neutrino Observatory, a position he still holds. He is currently a professor emeritus at Queen's University.