For bringing the excitement of physics and its cultural aspects to the public through her lectures, books, radio and TV appearances, use of new media, and outreach events. 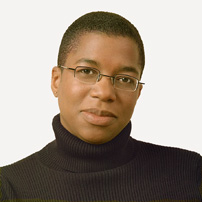 Ainissa G. Ramirez, Ph.D. is a self-proclaimed "science evangelist" who is passionate about getting the general public excited about science.  She co-authored Newton’s Football: The Science Behind America’s Game (Random House); and, authored Save Our Science: How to Inspire a New Generation of Scientists (TED Books).

Before taking on the call to improve the public’s understanding of science, she was an Associate Professor of Mechanical Engineering & Materials Science at Yale University.  Technology Review, the magazine of the Massachusetts Institute of Technology (MIT), named her as one of the world’s 100 Top Young Innovators for her contributions to transforming technology.  She has been profiled in The New York Times, Fortune Magazine, CBS News, Inside Edition, Fox News, CNN, NPR, ESPN, Time Magazine as well as scientific magazines (Scientific American and Discover Magazine).

Dr. Ramirez received her training in materials science and engineering from Brown University (Sc.B.) and Stanford University (Ph.D.). Prior to being on the faculty at Yale, she was a research scientist at Bell Laboratories, Lucent Technologies, in Murray Hill, New Jersey were she did award-winning research. She has authored more than 50 technical papers, holds six patents, and has presented her work worldwide.

She now focuses her energies on making science fun, and gave an impassioned called to action at TED on the importance of understanding science, technology, engineering, and math (STEM), which generated widespread enthusiasm. At Yale, she was the director of the award-winning science lecture series for children called Science Saturdays and hosted two popular-science video series called Material Marvels and Science Xplained.

She speaks internationally on the importance of making science fun and has served as a science advisor to the American Film Institute, WGBH/NOVA, the American Association for the Advancement of Science (AAAS) and several science museums. Currently, she is writing a book on the role of materials in history and co-hosts a science podcast called Science Underground. 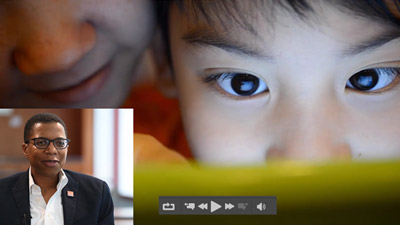 Hear some highlights of Ainissa's message in this brief video prepared by AIP's media services team.