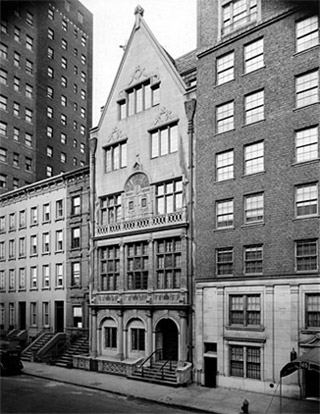 Originally located entirely in New York City, AIP moved most of its publishing operations to Woodbury, Long Island, NY in 1979. Beginning in the 1980s the Institute transferred some of its education and public information operations to the Washington, DC area to be closer to the Federal government as well as the Member Societies in the DC area.

The creation of the American Center for Physics

Publishing and some other AIP services continued to be centered in Long Island, relocating in 1998 from Woodbury to Melville.

To better serve the Chinese publishing community, AIP opened an office in Beijing, China in 2010, a move that also demonstrated AIP’s growing commitment to international audiences.  Watch the video prepared for its grand opening. The office is now under AIP Publishing.

Recognizing the growth in physics research in China, AIP Publishing opened an editorial office in Beijing in 2010. This video looks at the partnership between Chinese scientists and AIP.

In 2014 AIP Publishing LLC moved to new offices in Melville, with an open floor plan and modern design.