Francis Slakey, APS Interim Director for Public Affairs, kicked off the 2017 AIP Assembly of Society Officers with this oh-so-telling quote, noting that the budget is perhaps the most reliable source of intelligence about the priorities of the federal government.  Uncertainty prevailing in the U.S. political climate and the future of science has scientific societies grappling with the question of what we can do to best support both science and the communities we serve.

This issue opened the Assembly to a packed house of AIP Member and Affiliated Society leaders on March 23 at the American Center for Physics in College Park, MD. Participants also came to learn about fostering members in the early stages of their careers and opportunities for extending mission and impact through international partnerships. The event provided a venue to connect, network, and gain familiarity with various societies’ the pockets of expertise within the AIP federation.

Session I: Remaining Relevant in a Time of Uncertainty

The political climate of the here-and-now tends to dominate our perspective, and can reinforce assumptions that one party is more partial to science than the other. Longtime science policy professional Bill Smith invited participants to take a step back and consider the trends of federal spending over time, and under both Republican and Democrat administrations and legislatures. There is no clear friend or foe. The White House has, however, consistently been a strong factor for predicting support; see his slides for supporting data. He showed that, in terms of research dollars, defense receives more deference from Republicans and climate change more deference from Democrats, but other areas like biomedicine are not influenced by the prevailing political party. Smith noted that the current Administration’s messaging about investing in innovation and infrastructure is contradictory to what’s proposed in Trump’s “skinny budget.” Scientists and scientific societies need to speak out in support of science, attempt to de-politicize objectives, meet with both parties, and create a strong dialog. 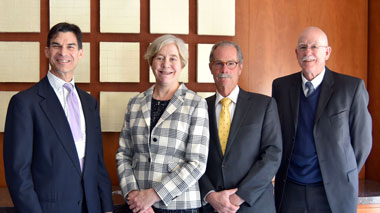 Speaking of skinny budget, at risk for elimination is the Advanced Research Projects Agency-Energy (ARPA-E)—U.S. Department of Energy, that exists to advance “high-potential, high-impact energy technologies that are too early for private-sector investment.” ARPA-E awardees develop “entirely new ways to generate, store, and use energy.” Former ARPA-E Director Ellen Williams gave an excellent overview of the competitive research agreements funded through the program, noting that they lay the groundwork for innovative technologies and open up future opportunities for industry to commercialize them. Risk is high, but so are the potential pay-offs.  APRA-E is a means by which the federal government supports energy R&D, the corporate sector, and the economy. Williams stressed that any R&D should not focus on just the basic science, leaving the social component to the private sector. All R&D has a wider story to tell, and it must include relevance to society.

Bill Hooke, of the American Meteorological Society's Policy Office, also looked to draw lessons, first from history, and then from trends. Remaining relevant is about being salient (addressing what matters), legitimate (finding the right approach) and credible (advancing a societal value). Examining the Hierarchy of Needs of given times (e.g., Revolutionary War, post-WWII, and post Big-Bang), you can see what has mattered, what garnered federal investment and the resulting technologies. Projecting out it’s fairly safe to say that over the next 20 years, the world will spend $100T on critical infrastructure. The U.S. will most certainly lose its competitive edge if we hit the “pause button.” The right approach must rest in the non-partisan and represent diverse views; we can do nothing by aligning with political camps. Finally, any efforts extended to advance science must be done in tandem with the benefit of society.

The March for Science factored heavily into the panel Q/A. Some societies have opted to support, others were on the fence, concerned that the March seemed to be becoming too partisan. Polarizing effects and poor messaging could be counterproductive. AAAS CEO Rush Holt noted that AAAS has endorsed the March because it wants to help develop and guide the messaging. Otherwise, it will reflect poorly on the entire science community. Participants generally agreed that we have a need to develop coherent communications and messaging for the March.

One concern that societies share across the board is the challenge of retaining early career professionals. Once students graduate and embark on careers, participation in associations (scientific and non-scientific alike) drops off. What’s up? Many factors are at work, from hurdles within the organization, needs distinct from student or senior members, competing demands, to finances. How can we include this important demographic, so vital to the future of our associations? President of the American Crystallographic Association Amy Sarjeant is a young professional herself, and was well positioned to lead off the session with a close look at the barriers and success factors that should be considered in strategic engagement.

OSA, ASA, and AMS have each developed novel and widely different approaches to reach out to early-career professionals to build affinity for career-long engagement. Adam Fleisher (NIST) discussed The Optical Society’s Ambassador Program, whereby eight-to-ten early career professionals are trained to mentor and become global spokespersons of OSA. The program is part of OSA's early career professional program, which is designed to be a natural steppingstone from student membership. The ambassadors themselves reap many benefits, including ample opportunities to learn more about the society and meet its leaders, exposure to a wider peer group, and leadership development. Still in its infancy, the program will likely be refined, according to Fleisher, to better advance connectivity with OSA chapters outside of the United States.

Lily Wang (University of Nebraska – Lincoln), noted that the Acoustical Society of America pinpointed early career member segment, a mere 3% of its total membership, as a strategic priority in 2015. Clearly something needed to be done to foster and develop this group. ASA identified two key objectives—namely, to expand promotion and participation of early career members, and to increase remote connectivity to meetings—and dedicated funding in the 2016 and 2017 budgets. The society held an Early Career Acousticians Retreat, where they sought to learn more about their needs, wants, and challenges, in addition to providing them with training and access to their leadership. ASA also rolled out travel grants for early career members, and began live streaming of meeting content. The latter was meant to address those who were unable to attend in person, given the competing pressures of work, young families, and finances. For more information on this initiative, see Wang's slide deck.

Lastly, we heard from Chris Schultz (NASA), chair of the American Meteorological Society's Early Career Board. The AMS Board also had noticed that students tended not to renew their membership after graduation, so they created a dedicated board in 2011 with staff support and opportunities for its members to participate in other boards and committees. Soon thereafter they developed the Early Career Conference in association with the AMS Annual Meeting, with a focus on career development skills. Looking to expand beyond the conference, which has seemed to reach a critical mass, AMS sought to widen opportunities for engagement. Using feedback from a survey, AMS is now concentrating on building out local networking opportunities, social media engagement, promoting early career members in their publications, and recognition awards for early career achievement.

All of the above programs are having varying degrees of success. Indeed, challenges remain, but the panelists agreed that we can only move the needle if we listen, adjust, and dedicate time and resources.

Making the transformation from a domestic to an international society takes strategic measures, and is driven at a very high strategic level. Session chair Elizabeth Nolan of OSA reviewed what was necessary to go after such a goal. It's one thing to develop long-term objectives, but devising tactical initiatives to bring them to fruition is the bigger challenge. Is the organization set up in such a way to support these objectives? Do the board and committee composition/structure carry the required expertise? Is the organization ready for a culture shift? Getting your house in order will go a long way in positioning your organization for successful international growth. This sounds daunting, but it doesn't have to be, especially if societies use partnerships to grow their international footprints. 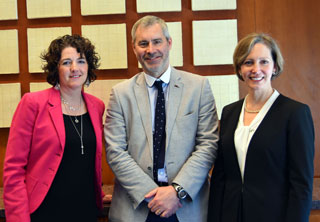 Paul Hardaker, head of Institute of Physics, discussed IOP's approach to internationalization. Science is a global endeavor, and scientific societies should operate within the global ecosystem. When IOP looks to establish an international branch, it is either 1) as a means to help establish an independent national physical society where one does not yet exist, or 2) to strengthen the collaborative partnership between IOP and an existing national physical society. Each initiative must be regarded in its distinct cultural context, to make capacity building possible. So partnerships extend beyond scientists and their institutions or affiliated organizations, to include local authorities, nongovernmental organizations, and industry. IOP tends to concentrate its efforts in countries that are only two- to three- generations from development to create more pathways for science and technologies to propel already budding economies.

Amy Flatten, of the American Physical Society's Office of International Affairs, gave an overview of APS's varied international programs, large and small, to illustrate several scales and approaches accessible to societies of all sizes. Examples included physics exchange programs in Brazil and India, meetings with young professionals in China, graduate student conferences in North America, and joint programs in Europe, and a major partnership to develop an international research center in the Middle East (SESAME). APS has relied on partnerships over the past 13 years to grow its portfolio. In 2011, the APS Council voted to increase international representation on its Council sending a clear message that APS values the engagement. The following year, it became a key aspect of their strategic plan, and in 2016 a task force was created to ensure the society's long-term value to the international physics community. With 25% of its members already living outside of the U.S., APS is poised to grow its ranks, its mission, and its influence.

Well, I have hardly skimmed the surface of the talks. If you are curious for more, I invite you to access all of the speakers presentations posted to the Assembly website. And much more substance was exchanged through the extended Q&A sessions and roundtable discussions. Thanks to all of those who joined us for the day; I hope you found it worthwhile. Consider joining us for next year's Assembly, on Thursday, March 29 at the American Center for Physics. Save the date! 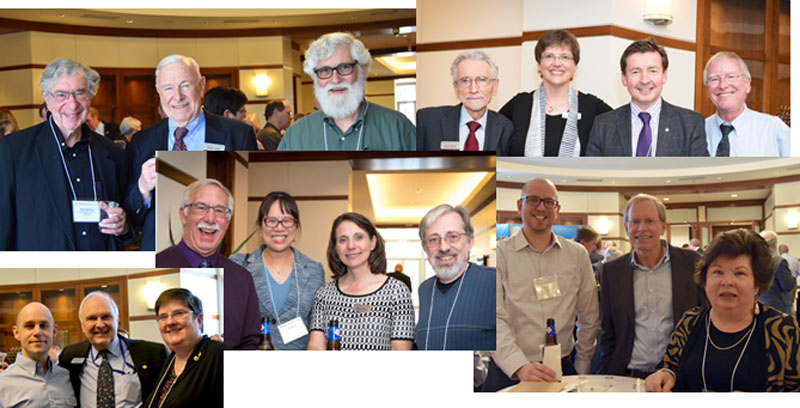