A joint NASA-DOE effort to restart production of plutonium-238 has borne its first fruit: a 50 gram demonstration batch created at Oak Ridge National Laboratory. Although this development comes as a relief to those concerned about the U.S.’ dwindling supply of plutonium-238 essential for powering deep space missions, some in Congress are still seeking details on potential ways to reduce demand for the material by using more efficient technologies such as advanced Stirling generators. 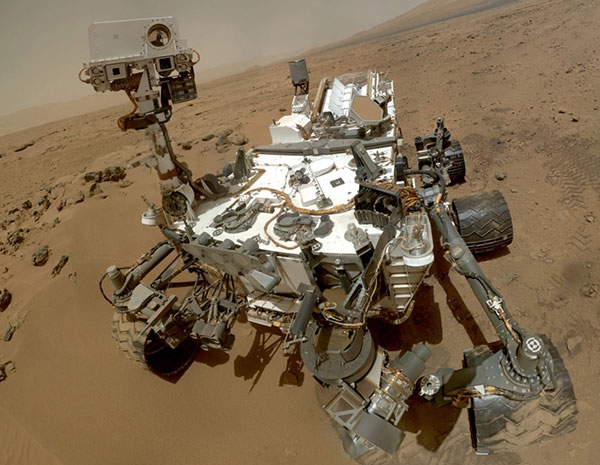 Pu-238 is used in radioisotope power systems (RPSs), devices which convert heat from radioactive decay into electricity to power space probes and rovers which cannot acquire enough energy from solar panels alone. NASA’s current RPS is the Multi-Mission Radioisotope Thermoelectric Generator (MMRTG) which uses approximately 4 kilograms of Pu-238 to produce about 110 watts of power. The Curiosity Rover on Mars uses an MMRTG, and another MMRTG is set aside for the Mars 2020 Rover.

RPSs have been integral to NASA’s deep space exploration efforts for over 50 years—powering iconic exploration efforts ranging from the Voyager missions to the recent New Horizons mission to Pluto—and they are expected to be an essential component of NASA’s planetary science missions for the coming decades. Indeed, one of the ten broad conclusions of the recent “Nuclear Power Assessment Report” conducted by researchers at John Hopkins Applied Physics Lab is that “[the need] for nuclear power systems is expected to extend for at least one more decade past that covered by the current decadal surveys.” This unavoidable need for Pu-238 to support critical science missions led the Obama administration and NASA to broker an agreement with DOE to resume production of Pu-238 using NASA funds starting in 2012.

The U.S. currently has 35 kg of Pu-238 reserved for civil space purposes, with an unspecified additional amount reserved for national security purposes. Only about 17 of the 35 kg is of sufficient quality for use in a RPS. However, the remaining material could perhaps still be used if blended with newly produced Pu-238. The press release indicates that DOE hopes to scale up production initially to 0.4 kg per year and eventually to an average of 1.5 kg per year. According to a statement by a DOE official during a presentation to NASA’s Outer Planets Assessment Group, DOE expects to reach a 0.4 kg per year output by 2019 and a 1.5 kg per year output by the mid-2020s based on current budget projections.

The committee report for the fiscal year 2016 House Commerce, Justice, and Science Appropriations Act provides guidance for $20 million from the amount made available for the Planetary Science Technology program to be used for NASA to work with DOE to “domestically produce between 3.3 and 11 pounds [1.50 and 5.00 kg] of plutonium-238 annually beginning in fiscal year 2016.” The corresponding Senate committee report is silent on the subject. The joint explanatory statement that accompanied the final fiscal year 2016 appropriations law lowers the funding amount to $15 million but retains the rest of the language.

A Stirling alternative to MMRTGs?

A potential alternative to the MMRTG is the Advanced Stirling Radioisotope Generator (ASRG), a yet-to-be-fully-developed RPS that could produce more power using about a fourth as much Pu-238.

Proponents of the technology point to its ability to reduce demand on the Pu-238 stockpile and decrease urgency of restarting production as rationale for ASRG development. In addition, a 2009 National Academies study on RPS systems recommended that NASA complete development of an ASRG “with all deliberate speed.” Similarly, the 2013-2022 planetary science decadal survey study committee argued that the “highest priority for near-term multi-mission technology investment is for the completion and validation of the ASRG.”

However, after investing about $270 million into ASRG development from 2008 to 2013, NASA cancelled the ASRG program in 2013, citing budget constraints and a desire to spare programs such as the small to medium-sized Discovery and New Frontiers class missions. Nevertheless, NASA has not completely given up on Stirling technology, recently issuing a request for information on use of Stirling devices for space power generation.

Ohio delegation pushes for details on potential use of Stirling generators

Unsurprisingly, multiple members of the Ohio delegation desire to know more about the potential use of advanced Stirling generators for space exploration. Ohio is home to NASA’s Glenn Research Center — the center responsible for RPS development — as well as Sunpower, a contractor involved in the ASRG program. In July 2015, Sens. Rob Portman (R-OH) and Sherrod Brown (D-OH) introduced the “Efficient Space Exploration Act” in the Senate, and Reps. Steve Stivers (R-OH), Bill Johnson (R-OH), and Marcia Fudge (D-OH) introduced the companion bill in the House.

Both of these bills require the White House Office of Science and Technology Policy (OSTP) and NASA to submit a report to Congress which assesses NASA’s projected mission requirements for RPS material, plans for use of “advanced thermal conversion technology, such as advanced thermocouples and Stirling generators and converters,” schedule risks associated with potential delays in domestic production of Pu-238, and the costs of producing such material. The bill also directs OSTP and NASA to explain how NASA has “implemented or rejected” recommendations from the 2009 Academies RPS study.

This language is included in both NASA authorization bills considered by the House last year (H.R. 810 and H.R. 2039) except for a provision in the Ohio bills which specifies that the report “identify the steps the Administrator will take to preserve taxpayer investment to date in Advanced Stirling Convertor technology.” The Senate has yet to begin consideration of a NASA authorization bill.