In a series of public lectures, former National Oceanic and Atmospheric Administration head Jane Lubchenco has urged the scientific community to focus on the growing importance of public engagement in a “post-truth” world, which she says will require a shift in culture at universities, research institutions, and government science agencies. 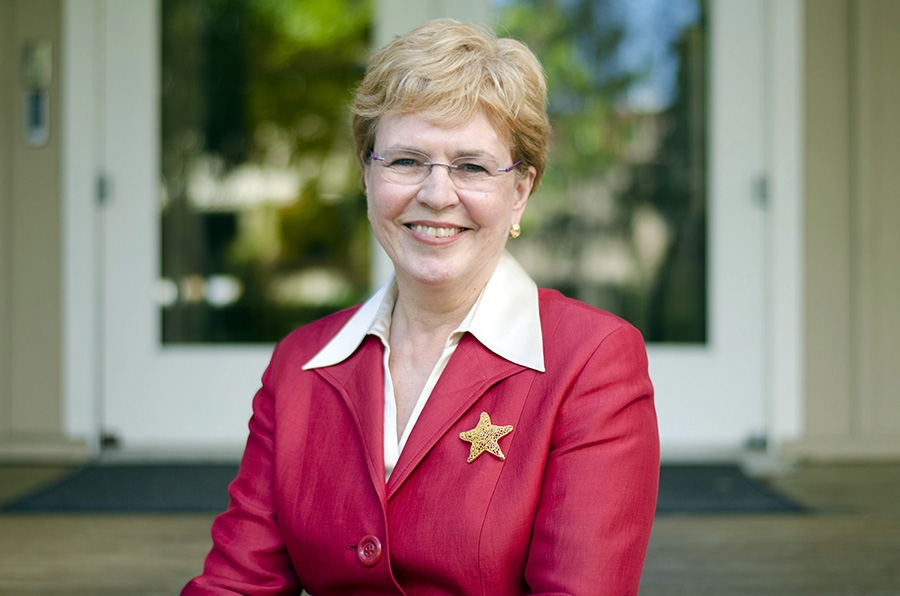 On April 23, former head of the National Oceanic and Atmospheric Administration and Oregon State University marine ecologist Jane Lubchenco delivered the 2018 James R. Mahoney Memorial Lecture on “Science in a Post-Truth World,” a topic on which she has spoken out in recent years. The annual lecture is co-sponsored by NOAA and the American Meteorological Society, an AIP Member Society.

Noting a growing disconnect between science and society in recent years, Lubchenco argued the scientific community should endeavor to fully understand the issue and its relation to the emergence of a “post-truth” worldview, which she defined as one in which “objective facts are less influential in shaping public opinion than appeals to emotion and personal belief.” To bridge the gap, she stressed that scientists need to do a better job of demonstrating the value of science, identifying and sharing scientific successes, and modifying scientific culture to better reward and incentivize public and policymaker engagement.

Earlier in April, the National Science Board announced Lubchenco would receive the 2018 Vannevar Bush Award honoring “truly exceptional lifelong leaders in science and technology who have made substantial contributions to the welfare of the nation through public service in science, technology, and public policy.” In addition to serving as President Obama’s first NOAA administrator, Lubchenco is credited with co-founding three organizations that train scientists to communicate better and engage with society: COMPASS, the Leopold Leadership Program, and Climate Central.

Lubchenco began her address by outlining what she calls the “science-society paradox”:

At the very time that science is so important to people’s lives — it is relevant, it is helpful, it is making things possible that never were — we see a widening gap between science and society.

As an example, she observed that the public’s beliefs often conflict with scientific understanding, saying this is particularly true for contentious issues such as evolution, vaccines, and climate change.

While noting this is not a new issue, she stressed that scientists need to “understand what the landscape is, [who] the issues are, what the players are” and “then address the reasons why this post-truth world has emerged.”

She listed factors that contribute to the disconnect, noting that there has been discussion on “how important increased [global inequities] … are in laying the groundwork for a post-truth society.” She also said there are “very powerful vested interests that are promulgating a very self-serving set of messages and anti-science agenda.”

At the same time, she said the proliferation of news sources allows people to “choose sources that are going to confirm their biases about how the world works and what’s important.”

How scientists are perceived by the public is another factor to consider, she said. Noting that a recent survey concluded most Americans cannot name one living scientist, and even fewer can since Stephen Hawking died earlier this year, she framed the lack of familiarity as emblematic of the problem. “We need more scientists being seen as scientists by the public,” she stressed.

She highlighted another study suggesting that in order to be seen as trustworthy, people must be considered as both competent and warm. While noting that the study showed that the public sees scientists as highly competent, she said it found they are not perceived to be very warm.

Lubchenco elaborated on this point in an editorial published last year in Frontiers in Ecology and the Environment, saying “Science needs to be trusted and valued, not seen as imperious, threatening, wasteful, or doom-and-gloom. Let’s shed the entitlement rhetoric and show, not just assert, the merits of science.”

Part of this issue, she argued, is scientists are trained to adopt a “don’t tell stories, stick to the facts” maxim when talking to others about their work. “A lot of the things that are the way the culture of science has evolved don’t help us to be perceived by the public as trustworthy,” she concluded.

Nonetheless, Lubchenco noted that a new report from the American Academy of Arts and Sciences shows that confidence in scientists has remained relatively stable over the last few decades and that a large majority of Americans still view scientific research as beneficial.

Lubchenco said she has been focusing on this topic for “some time,” referencing her address as president of the American Association for the Advancement of Science in 1998.

“What I said at that time is ... it was not enough to simply discover new knowledge, to advance the frontiers of science. We had to go beyond it.” she recounted. “We couldn’t just discover and publish; we had to share as well.” According to Lubchenco, it was around that time when the scientific community began to shift its focus “from just doing the science to also sharing it more broadly.”

She said organizations have more recently established the goal of improving science communication by training scientists to be “bilingual,” which she defined as the ability to speak both the “language of science” and the “language of lay people.” She said these current programs are “fantastic,” but that more training opportunities like them are needed. More broadly, she concluded that there has been “a real transformation of the appetite of scientists for being more public.”

At the same time, Lubchenco said many people, including scientists, have been “caught off guard” by recent developments:

This shift in U.S. culture has “galvanized scientists like I have never seen before,” she remarked. “We saw immediate responses that were to demonstrate, to march, to defend science” from scientists as well as citizens. However, she said this response is only “one part of the answer,” asserting, “We need offense, not just defense. Not that defense is not important, but it’s only part of the strategy … you really need both.”

Lubchenco implored that scientists “can’t just stay in our ivory towers in academia or halls of federal agencies in Washington, D.C.,” if they are going to respond to these current challenges facing science. Rather, she stressed,

We need to be more integrated into society, physically and psychologically integrated. In other words, scientists need to engage more and more effectively with society.

She suggested three efforts that scientists can make to effectively embed science in society.

First, she said scientists need to “demonstrate, not just assert” the value of science to the public. “Make science more accessible, show its merits, and engage citizens.” Citizen science and other initiatives that seek to engage citizens in the scientific process are very powerful, she said, as they create trust and help “develop shared values and shared experiences.” She continued:

Teaching people to do some of the basic things that [scientists] can do, but then interpreting what that means, is a wonderful opportunity for community engagement.

While acknowledging that demonstrating scientific value is easier to do in certain disciplines, Lubchenco stressed it is necessary to evaluate lessons learned that can be replicated in other disciplines.

Second, Lubchenco said scientists need to provide “hope” by sharing existing scientific successes. “We need to not just have everything focus on all the bad, but actually be a little more balanced,” she remarked. “Find the successes, replicate them, and scale them.”

Lastly, she said scientists need to modify how the scientific community incentivizes engagement. In government, she said, scientists are too often rewarded for “being good administrators, not for being good scientists,” and stressed more broadly that “we need to have good scientists but we also need them out engaging with the world, not just managing programs.”

Academia rewards grants, publications, and teaching for tenure, but does not consider engagement, she observed. “If we believe engagement is important, we have to have it be an expectation of what [scientists] need to do.”

Lubchenco ended by saying scientists have “unparalleled opportunities to serve society better,” but that it will only happen if they decide to “take the bull by the horns and step up and make things happen.” Invoking the lecture's namesake, she ended on an empowering note:

If [James Mahoney] were here, he would say It’s time for us to take back the narrative. It’s time to write the new chapter in the relationship between science and society, and for us to collectively to have a quantum leap in relevance.