The Commerce Department has begun a process to establish new export controls for “emerging technologies,” as required by this year’s National Defense Authorization Act. Quantum information technology is one of 14 technology categories of interest to the department. 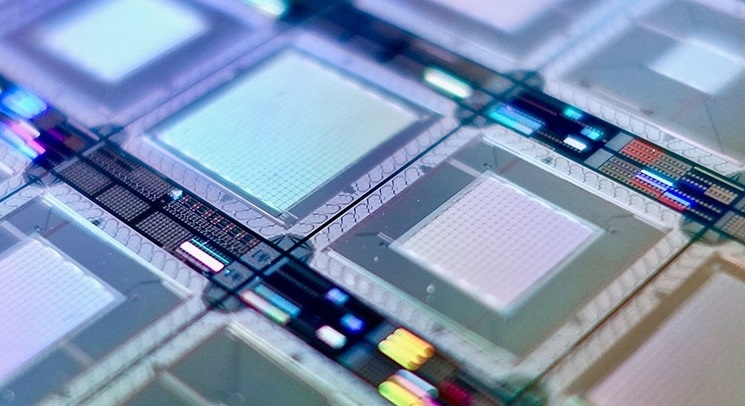 A wafer from a quantum computer built by the company D-Wave.

Today, the Commerce Department issued an advance notice of proposed rulemaking (ANPRM) that seeks public input on how it should identify “emerging technologies” that are critical to U.S. national security.

These categories are a representative list of the technology categories from which Commerce, through an interagency process, seeks to determine whether there are specific emerging technologies that are important to the national security of the United States for which effective controls can be implemented that avoid negatively impacting U.S. leadership in the science, technology, engineering, and manufacturing sectors.

The Commerce Department is also seeking input on how to define what counts as an emerging technology, how to identify those that are important to national security, and what other general technology categories should be considered beyond the 14 listed. It asks for comment on the status of these technologies’ development in U.S. and abroad, as well as the impact export controls would have on U.S. technological leadership.

The ANPRM further notes the department does not intend to extend controls over areas currently not subject to Export Administration Regulations (EAR), citing “fundamental research” as an example. The EAR covers dual-use technologies that can have both commercial and military applications, while export controls for military items are governed by a separate set of regulations that the State Department administers.

Responses to the notice are due by Dec. 19. (Update: The department has extended the comment deadline to Jan. 10, 2019)

The effort to tighten controls on emerging technologies was led by House Foreign Affairs Committee Chair Ed Royce (R-CA) and Ranking Member Eliot Engel (D-NY), who co-sponsored the “Export Control Reform Act.” Congress incorporated a modified version of the bill in the NDAA, which President Trump signed into law in August.

The provision on emerging and foundational technologies is meant to complement a separate section of the NDAA that overhauls foreign investment review mechanisms. In particular, the law expands the purview of the Committee on Foreign Investment in the United States (CFIUS), an interagency body that recommends whether the president should block certain transactions on national security grounds.

“The export control reforms we’ve achieved will build a modern, adaptable system that will work in tandem with a stronger CFIUS process to maintain the U.S. edge in emerging fields like robotics and artificial intelligence,” said Royce in a statement on the final legislation.

The Treasury Department has begun to implement the CFIUS changes, issuing a set of pilot regulations that went into effect on Nov. 10. The regulations apply to 27 types of companies defined in the North American Industry Classification System, covering areas such as nanotechnology R&D, biotechnology R&D, and optical equipment manufacturing.

These reforms are driven by concerns that certain countries are taking advantage of weaknesses in current legal frameworks to systematically obtain strategically important technologies. In particular, their proponents have made clear that curbing China's ability to acquire cutting-edge technologies was one of their primary goals.

In a roundtable discussion of the CFIUS overhaul at the White House this summer, Senate Majority Whip John Cornyn (R-TX) remarked, “I believe that China represents the foremost national security and economic challenge to our country of any other country in the world.”