NOAA Betting on ‘EPIC’ to Drive US Weather Forecast Innovation

In a bid to regain global leadership in weather forecasting, the National Oceanic and Atmospheric Administration is establishing an Earth Prediction Innovation Center to address longstanding challenges in translating research advances into operational forecasts.

With the accuracy of American weather forecasts lagging European capabilities, the National Oceanic and Atmospheric Administration is looking to jumpstart collaboration within the U.S. weather enterprise by creating an Earth Prediction Innovation Center (EPIC). The agency convened a workshop this month to consider the strategic vision for EPIC, which aims to address persistent challenges in translating research advances into operational forecasts, a process known as “R2O.”

Though it will have a physical footprint, EPIC is primarily conceived of as a “virtual center” that will leverage cloud computing and house a code development sandbox to help external researchers more easily contribute to NOAA models. Congress directed the agency to pursue such a “community” modeling effort through an amendment enacted this year to the Weather Research and Forecasting and Innovation Act of 2017.

Launching the center is a top priority of Acting NOAA Administrator Neil Jacobs, who has a deep background in weather forecasting in the private sector. Sketching out his vision for EPIC in a keynote address at the workshop, Jacobs stressed its success will hinge on the weather enterprise’s ability to undertake a culture change. 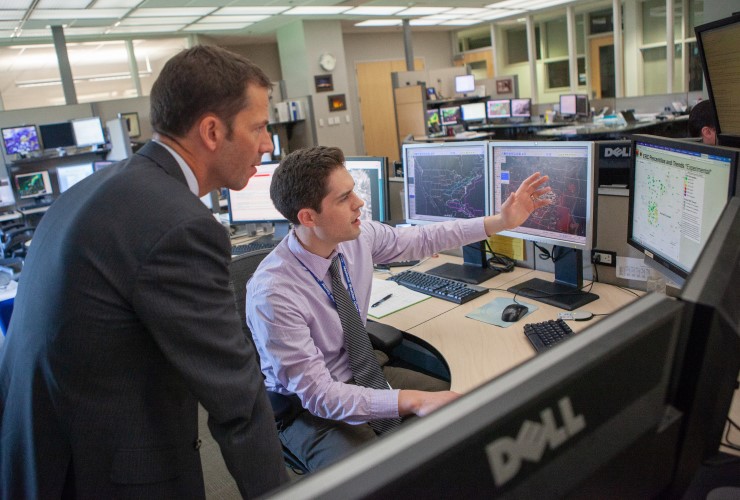 Acting NOAA Administrator Neil Jacobs, at left, during a visit to the National Severe Storms Laboratory in Norman, Oklahoma, in August 2018.

In his keynote address, Jacobs attributed this gap partly to the disparity between computing resources allocated to weather research versus operational forecasting in the U.S., noting the current ratio is about one to one at NOAA versus five to one at ECMWF. Although the U.S. dedicates more resources overall to numerical weather prediction, Jacobs said it suffers from fragmentation of efforts across agencies and sectors of the weather enterprise. He remarked,

The idea that our budgets are so large that it allows us to go off and have our own different parallel modeling programs is not constructive. I’ve heard a lot of people at ECMWF laugh at me and they say, ‘You know what your problem is? You’ve got too much money and it allows you to do all this different stuff.’

Jacobs stressed that a central motivation for EPIC is to tap into academic sector expertise and “crowdsource model development.” He further argued that adopting a cloud computing framework will help ease computing bottlenecks and enable parallel testing of new code.

He said a core focus of EPIC will be to build out NOAA’s Unified Forecast System (UFS), a community modeling framework billed as a way to improve R2O and simplify the agency’s suite of models into a “single seamless system.” NOAA recently signed an agreement with the National Center for Atmospheric Research as an initial step toward promoting this community-centered approach.

Citing the constraints of operating within federal agencies, such as the clearances needed for academic researchers to use NOAA computers, Jacobs said EPIC must “live outside of NOAA” for it to succeed, adding, “If it lives inside of NOAA, it's just more of the same.” While such an approach will require a “secure ingest” system to vet externally contributed code, he said this is a simpler problem than resolving the personnel clearance issue and noted that separate development sandboxes could be created for internal and classified work.

Jacobs continued that he wants to empower the academic community to advance key modeling areas that can “close the gap” with ECMWF. He particularly highlighted a need for improved data assimilation — an iterative procedure that updates weather model forecasts by comparing previous forecasts with newly received observations.

Jacobs said that incentivizing university researchers to participate in code development is essential given that NOAA cannot provide competitive salaries for software engineers due to the limitations of the federal pay scale. “If there's a deficiency in our community in the modeling, it's not in the science, it's in the software engineers. And once they leave the university, our odds of getting access to them drop off drastically,” he said.

For the research community to embrace EPIC, Jacobs suggested the models it supports should be able to pass what he called the “graduate student test,” wherein a student with little training could run the model without difficulty. Pointing to student support as a key early indicator of success, he said, “I would love to see grad students at the university level excited to download the code [and] run experiments. I want the new GFS to be the de facto model for all experiments.” 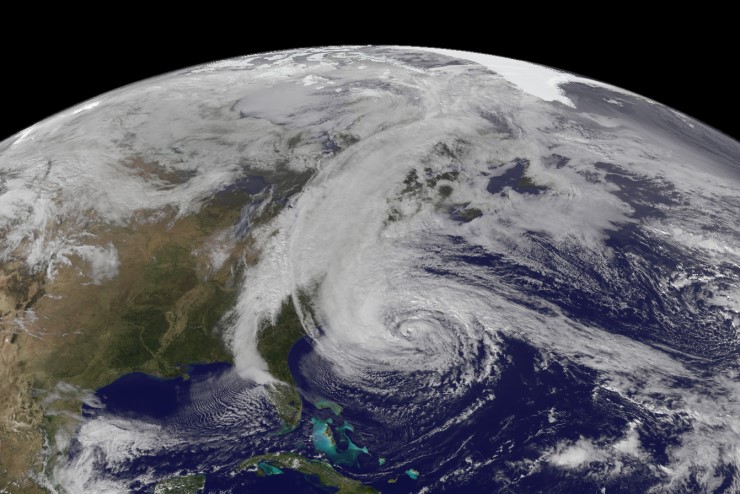 Some participants at the workshop argued that EPIC represents a final opportunity for NOAA to demonstrate concrete forecasting improvements before Congress takes more forceful measures.

Antonio Busalacchi, president of the University Corporation for Atmospheric Research, said lawmakers are losing patience with the agency after they provided significant supplemental funding to improve forecasting in the wake of Hurricane Sandy, an event the ECMWF predicted more accurately. He remarked,

It's clear that during my time back inside the Beltway, the Hill is perturbed, frustrated, if not outright angry with NOAA, and feels they've been misled. Post-Sandy, NOAA, the Weather Service, and NOAA research [offices] got a lot of money for computing and research. And quite frankly, we are not any better for it. If we say we are, then we need to show the proof to the nation.

Tensions between NOAA and the academic community were evident at the workshop, with some criticizing the culture of the agency’s Environmental Modeling Center (EMC) as a barrier to improving R2O. For his part, Jacobs defended EMC, saying it has “the most, talented, creative, smart coders and modelers I know,” while attributing R2O shortcomings to staff being “spread so thin with so limited resources that they didn't have the time or the bandwidth to test out all these different ideas.”

Jacobs pointed out that maintaining legacy forecasting products has sapped resources from R2O efforts. He said it is difficult to abandon older products because “there's one niche stakeholder with a direct line to his or her representative, and they call up their representative in Congress and complain, and then that person calls me and yells at me. But they're not buying me more computer hardware, they're just yelling at me for turning off a product.”

Despite these dynamics, Jacobs expressed optimism about the prospects for EPIC, in part because the White House Office of Science and Technology Policy is led by meteorologist Kelvin Droegemeier. He also said Congress is supportive of NOAA’s budget request of $15 million for EPIC in fiscal year 2020, but stressed the agency must demonstrate “short-term wins” to secure continued congressional support.

“We can't just keep going back to Congress saying, ‘Give us more money, we're working on it, it's getting better, trust us,’” he said.