A Trump administration rule requiring the Environmental Protection Agency to give less weight to certain scientific studies was voided last week after Biden’s EPA declined to defend it in court. 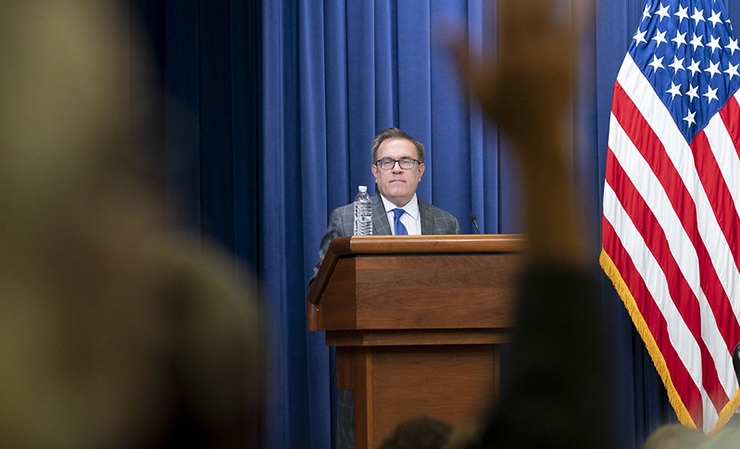 On Feb. 1, a federal judge voided a rule adopted by the Environmental Protection Agency last month that required the agency to give less weight to scientific studies without accessible datasets when developing regulations or publishing certain informational products. Then-EPA Administrator Andrew Wheeler implemented the measure in the final days of the Trump administration after it had been in the works for nearly three years.

The judge’s move was requested by the Biden administration, which agreed with the plaintiffs in the case that Wheeler’s EPA had improperly cited the agency’s “housekeeping authority” as an adequate basis for promulgating the rule. The judge had already blocked its implementation in an earlier ruling, which concluded that EPA had not offered adequate justification for requiring the rule to take effect immediately.

Democrats on the House Science Committee have vigorously opposed the rule for years, dating to when Republican members of their committee proposed an earlier version of it as a legislative measure. The Democrats argued its restrictions are intentionally designed to hamstring regulatory activity, while various scientific organizations also raised concerns that it could unduly limit EPA’s ability to use studies involving sensitive data, or that it risked violating study participants’ privacy.

However, Wheeler maintained the rule was a common-sense transparency measure that would increase public trust in EPA’s decision-making by curbing the use of research that could not be independently scrutinized. In a Jan. 5 speech marking the rule’s release, he also argued the rule had been repeatedly mischaracterized by its opponents and “activists masquerading as environmental reporters.” He noted it had been substantially modified in response to the hundreds of thousands of public comments received on draft versions.

Initially, EPA had proposed to prohibit itself from using studies lacking publicly accessible “dose response data and models” when crafting significant regulations, allowing the EPA administrator to waive the requirement on a case-by-case basis. It later expanded the rule’s application from regulatory activity to include development of “influential scientific information” and entertained the idea of extending the accessibility requirement to all types of data and models.

The final rule limited the requirement to dose response data and removed the prohibition clause, instead requiring EPA to assign less weight to “pivotal” studies that were not in compliance. EPA also provided an avenue for sensitive data to be made available through a “restricted access” procedure and indicated the rule would not apply retrospectively to final regulations.

These changes did not allay the concerns of the Science Committee Democrats, who sent a letter to President Biden seeking swift reversal of the rule. They argued the limitation on retrospective application was “misleading,” noting the rule could still be applied to regulations that come up for periodic review. They also noted the rule would still apply to past scientific studies, “regardless of when they were published or the data management and retention norms that existed at the time.”

The Democrats suggested these requirements would ultimately compel the research community to shoulder significant compliance costs, despite EPA’s assertion that the rule would not have any effect on outside parties. They noted, for instance, the agency had dropped the idea of operating its own secure data enclave to manage access to sensitive raw data.

By remanding the rule to Biden’s EPA, the court ruling has effectively brought the fight over it to a conclusion, obviating a lengthy reversal process or congressional action to overturn it. In a statement, six Science Committee Democrats welcomed the development, saying the court had "delivered an important victory to the American people."