Reps. Judy Chu (D-CA) and Jamie Raskin (D-MD) recently held a roundtable to highlight concerns that federal efforts to combat alleged attempts by the Chinese government to exploit the U.S. research system are leading to false accusations and racial profiling. 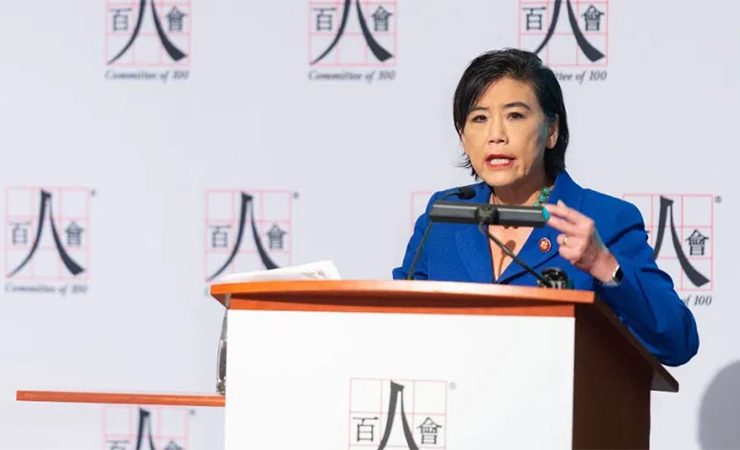 Permission granted from Committee of 100

Reps. Jamie Raskin (D-MD) and Judy Chu (D-CA) convened a virtual “roundtable” on June 30 to discuss the Department of Justice’s China Initiative and its implications for Chinese American researchers. DOJ launched the initiative during the Trump administration to crack down on malign activities allegedly orchestrated by the Chinese government, with a focus on prosecuting crimes related to the exploitation of the U.S. research system.

While Raskin and Chu agreed it is important to combat espionage, they cited a history of DOJ ultimately dropping charges against ethnically Chinese researchers as evidence the initiative rests on shaky foundations and racial profiling. They also condemned the initiative for focusing on cases that only involve allegations of concealed ties to Chinese institutions with no associated misappropriation of research, arguing it has added another way that researchers can fall victim to unjust accusations.

DOJ maintains it does not premise investigations on ethnic background and that lying about sources of support is a crime against the integrity of research. Moreover, many lawmakers, and especially Republicans, feel research security should be more strict than it has been. However, Raskin and Chu’s criticism adds to a growing protest among advocacy groups, researchers, and some university leaders that enforcement actions have been overzealous and are causing serious harms.

Earlier this year, a group of advocacy organizations and individuals pressed Raskin to hold a hearing on the China Initiative in his role as chair of the civil rights subcommittee of the House Oversight Committee. They wrote that Congress has held many hearings on the threat of espionage but none on wrongful accusations, racial profiling, or the long-term consequences the initiative could have for the U.S. research enterprise.

Whereas a hearing would involve committee members of both parties, only Democrats participated in last month’s roundtable, which was also open to lawmakers not on the Oversight Committee, including Chu, who chairs the Congressional Asian Pacific American Caucus. Chu has warned about profiling ethnically Chinese researchers since congressional attention to research security first began to swell in 2018. In 2020, she and Raskin wrote to the FBI and National Institutes of Health, probing their efforts to root out malfeasance related to researchers’ foreign ties.

At the roundtable, Chu argued that the China Initiative invites profiling by actively trawling for cases it can open. She remarked, “Whereas most investigations start with a crime and then find a suspect, this initiative starts with a suspect and then searches for a crime,” adding, “Just family ties to China or even professionally encouraged research and collaboration is enough to trigger an investigation.”

Raskin argued it has been common for cases against ethnically Chinese researchers to fall apart, spotlighting a few prominent instances, such as the case leveled against Los Alamos National Lab scientist Wen Ho Lee in the late 1990s. He also pointed to a 2018 review of economic espionage cases compiled by lawyer Andrew Chongseh Kim that found 22% of cases against individuals with Asian names did not result in an espionage conviction versus 11% of cases against individuals with Western names.

In addition, Raskin criticized DOJ’s recent focus on nondisclosure of ties to China, asserting that federal requirements are an “inconsistent jumble of ever-changing, ever-mutating guidance, making it difficult for scientists to avoid getting caught up in the FBI’s web.” Federal agencies are currently working to harmonize their requirements, but the effort is still in progress and in some cases has created new confusion about what needs to be disclosed.

To illustrate the professional, financial, and psychological harms that can arise from false accusations, physicist Xiaoxing Xi and hydrologist Sherry Chen testified at the roundtable about their experiences, predating the China Initiative, of facing charges that were later dropped. Chen noted that five years after she was dismissed from her position at the National Oceanic and Atmospheric Administration, the government is continuing to resist reinstating her despite a judge agreeing in 2018 that her prosecution was a “gross injustice.”

“My life is still in limbo. My reputation is still under a cloud,” Chen said.

Witnesses argue researchers are under cloud of suspicion

Alongside DOJ’s criminal investigations, federal science agencies have also been reinforcing their efforts to identify researchers who are not disclosing all their support from foreign sources. They have insisted they are targeting only intentional and “egregious” policy violations, and dozens of researchers have been fired or sanctioned by their employing institutions as a result of those efforts.

Stanford University physicist and former energy secretary Steven Chu argued at the roundtable that federal agencies have created an “atmosphere of fear and intimidation” that is harming the U.S. research enterprise. He said he is aware of young Chinese researchers who are choosing to build careers in China rather than the U.S., and that many Chinese graduate students are increasingly eyeing opportunities in other English-speaking countries.

University of California, Berkeley Vice Chancellor for Research Randy Katz testified that he had asked Chinese American researchers at Berkeley if they knew of or experienced “harassment” by science agencies.

In his written statement, he remarked, “They reported occurrences of suspended funding for investigators who had collaborated with Chinese universities. They believe that faculty with Chinese collaborators have received increased scrutiny of their grants for disclosure violations. There are indications that proposals submitted by Chinese American researchers are subjected to a more intensive review.”

At the roundtable, Katz said that an unnamed federal agency had pressured him to investigate a potential conflict of commitment involving a Chinese American faculty member who collaborated with Chinese colleagues. He said that, although he concluded after extensive investigation there was no conflict, the agency was unconvinced and the faculty member ultimately agreed to forgo submitting grant proposals for a period to “avoid the displeasure of the agency, which can make or break a researcher’s career.”

Katz estimated agencies are pursuing “hundreds” of such investigations and that only the “most sensational cases” are publicly known. He charged, “These investigations have been conducted in a manner that does not represent our shared values, open and transparent processes, an assumption of innocence, and the right of appeal.”

Asked by Rep. Ted Lieu (D-CA) whether Berkeley had publicly aired its concerns about the China Initiative, Katz said he was not aware that it had, but noted the university had conveyed its commitment to international engagement through a set of principles it developed.

Lieu replied that it would be “helpful” for Berkeley to consider issuing a statement on the matter.

University leaders have generally sought to cooperate with federal research security initiatives and investigations. However, there have been some instances of pushback, as when MIT President Rafael Reif and Columbia University President Lee Bollinger objected in 2019 to the effects the probes were having on Chinese and Chinese American students and researchers at their institutions.

Now, DOJ cases are increasingly prompting protests from researchers. More than 200 rallied around MIT nanotechnologist Gang Chen after he was indicted in January on charges related to nondisclosure of funding and affiliations. They argue the affiliations DOJ identified were minor in character and MIT, which is funding Chen's defense, has suggested DOJ appears to have mistaken an agreement his department entered with a Chinese university for a personal one.

In another prominent case, Harvard University chemistry professor Charles Lieber has refused to entertain a plea deal after he was arrested for allegedly lying about accepting over $3 million in funding from China’s Thousand Talents Plan. He has also sued Harvard for not funding his defense and in March more than 40 colleagues wrote in support of him.

Further questions about DOJ’s approach arose last month, when its first trial involving nondisclosure of foreign funding resulted in a deadlocked jury. One of two jurors who held out against conviction told news site The Intercept that she felt prosecutors were unconvincing in arguing the defendant, University of Tennessee nanotechnologist Anming Hu, had acted inappropriately. “All I saw was a series of plausible errors, a lack of support from [the university], and ruthless ambition on behalf of the FBI,” she said.

Based on testimony at Hu’s trial about how the FBI pursued the case against him, Reps. Lieu, Mondaire Jones (D-NY), and Pramila Jayapal (D-WA) have also called for an investigation of whether the agency conducted itself inappropriately in the course of its work.

DOJ has not declared any shifts in its China Initiative strategy under the Biden administration. However, late in the Trump administration the department reportedly began to consider setting up an amnesty program that would allow researchers to correct their disclosures without fear of prosecution.

Democratic leaders on the House Science and Armed Services Committees expressed support for an amnesty program in a letter they sent to President Biden in April. Conversely, eight Republican senators sent a letter to Attorney General Merrick Garland in May objecting to a possible amnesty. In doing so, they cited its potential effect on ongoing cases and “the signal that it sends to future researchers contemplating breaking U.S. law to steal research or hide affiliations with foreign governments or militaries.”