The House Science Committee has introduced a bill proposing to double the National Science Foundation budget over five years and add a directorate to the agency focused on “societal challenges.” The committee views the bill as an alternative to the Endless Frontier Act, which proposes appending a massive technology-focused directorate to NSF. 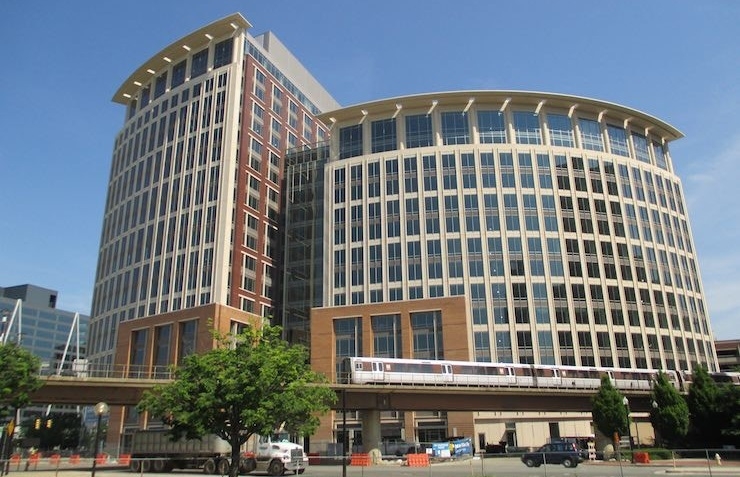 The headquarters of the National Science Foundation.

Today, the House Science Committee introduced a bipartisan bill that offers an alternative vision for the National Science Foundation than that of the Endless Frontier Act championed by Senate Majority Leader Chuck Schumer (D-NY) and Sen. Todd Young (R-IN).

Called the NSF for the Future Act, the bill would add a “Directorate for Science and Engineering Solutions” to the agency with a recommended annual budget starting at $1 billion in fiscal year 2022 and growing to $5 billion over five years. In contrast, the version of the Endless Frontier Act introduced last year proposed to create a “Directorate for Technology” within NSF with a recommended annual budget that would grow to $35 billion within four years, eclipsing the agency’s current $8.5 billion budget.

Whereas the Endless Frontier Act is aimed at creating an innovation initiative for the U.S. as a whole, the House bill is a policy update for NSF specifically. As such, it also includes policy proposals across NSF programs and recommends Congress approximately double the agency’s overall budget over five years.

In a call with reporters today, House Science Committee staff members credited Schumer with kickstarting a conversation about the future of NSF but suggested his funding targets are unrealistic. They also said they view the Endless Frontier Act as placing an outsized focus on both technology development and the current competitive dynamic between the U.S. and China.

Our competitiveness with China and other nations drives much of the national discourse around innovation because our economic and national security depend on our leadership in science and technology. However, competitiveness with China will not be possible if we do not unleash our nation’s STEM talent on the full range of challenges we face. Surely the COVID-19 pandemic has made that clear to all of us. And the fact is, researchers and students are inspired by finding solutions, whether they be to scientific or societal challenges. In this bill, we seek to inspire.

One staff member explained that the new directorate the Science Committee proposes would focus on “addressing challenges that society has faced for a long time but may have been not prioritized by the traditional approach to funding science.” Another framed the directorate as a follow-on to the 10 Big Ideas construct NSF introduced in 2016, which focuses on catalyzing research that addresses interdisciplinary challenges.

In setting up the new directorate, the bill would require the NSF director to select up to five focus areas and periodically refresh the list. During the selection process, the director must consider the following “societal challenges”:

The provision is analogous to the list of ten “key technology areas” identified in last year’s Endless Frontier Act, though it is less prescriptive about what areas the new directorate should initially address.

Other provisions similarly echo the Endless Frontier Act, including one specifying that the new directorate should fund a broader array of entities than NSF typically supports, and another aiming to prevent the new directorate from siphoning funds from other parts of the agency.

Specifically, both bills would allow the new directorate to transfer funds to existing directorates but would prohibit funding from flowing in the opposite direction. Both also stipulate that no funding can be appropriated to the new directorate unless the budget for the rest of NSF increases at least with inflation year over year. However, a Science Committee staff member acknowledged that the provision is essentially a “recommendation.”

“We recognize ultimately the appropriators do have the authority to make their decisions unbounded by that language. But we still thought it was important to include as a signal both to the appropriators and to the stakeholder community, and for the record as to our intents,” one said.

Another staff member noted that the recommended budget for the directorate never exceeds a third of the total NSF budget, saying the bill offers a “realistic” proposal to appropriators that also helps prevent the “new shiny thing” from distorting funding decisions about the agency. 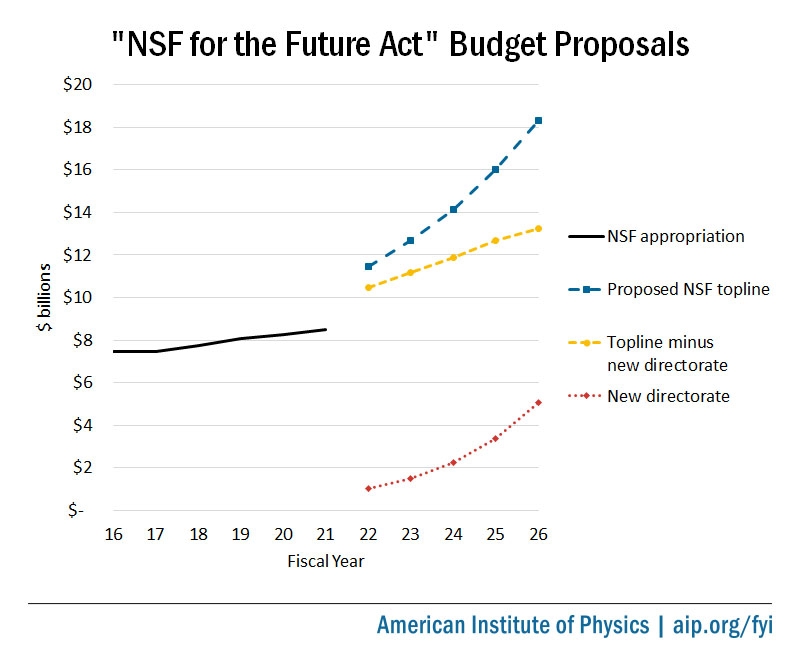 Array of science bills in play

The introduction of the NSF for the Future Act comes days after Committee Ranking Member Frank Lucas (R-OK) reintroduced legislation that proposes Congress double the budgets of several science agencies, including NSF, over 10 years. The bill identifies competition with China as one of two principal motivators for increasing federal research budgets, alongside climate change mitigation, and also includes broad policy updates for each agency.

A staff member noted today that Lucas' bill is meant as a statement of Republican priorities for negotiations with committee Democrats and that portions of it were incorporated into the bipartisan NSF legislation. In a statement today, Lucas thanked Johnson in particular for incorporating provisions focused on better securing research against exploitation by foreign governments, which he noted is a “growing concern” for Republicans on the committee. For instance, the bill would require NSF to fund a “risk assessment center” and to commission an update to the 2009 National Academies Guide to Responsible Conduct in Research, with a new eye toward research security.

At a later date, the committee plans to introduce policy legislation specific to other agencies in its jurisdiction, including the Department of Energy Office of Science and the National Institute of Standards and Technology, as well as to reintroduce legislation from last year that proposes an interagency engineering biology initiative.

A staff member noted that such bills and the NSF for the Future Act could be candidates for inclusion in a broader legislative package if one materializes, while declining to say if there are plans in the House to assemble one. In the Senate, Schumer is pushing to develop a bipartisan competitiveness policy package centered around an updated version of the Endless Frontier Act, which he has not yet introduced.

In any case, the NSF for the Future Act offers the first concrete counterweight to Schumer’s drive to transform the agency. It also arrives just after all the former living directors of NSF endorsed the “spirit” of the Endless Frontier Act. Asked to comment on the directors’ statement, a Science Committee staff member observed that it was “very carefully worded.”

The staff member continued, “We're seeing a lot of that from across the community, very carefully worded letters in response to the Endless Frontier Act. And I think that reflects the desire to be at the table for these discussions, to capitalize on this momentum, to show their gratitude to Sen. Schumer for his support for NSF — but also to leave open a lot of new room for discussion about all the details, because the devil really is in the details."