NSF Stands Up Directorate for Technology, Innovation, and Partnerships

The National Science Foundation has created its first new directorate in 30 years to expand support for “use-inspired” research and technology development, though its exact scope is still under debate in Congress. 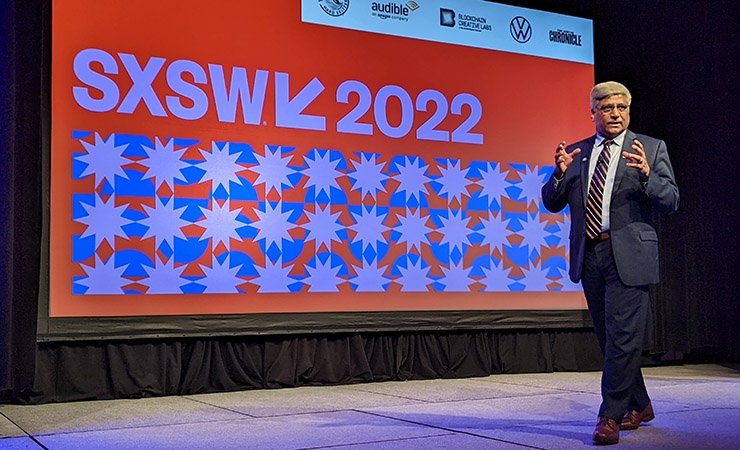 The National Science Foundation announced on March 16 that it has established a Directorate for Technology, Innovation, and Partnerships (TIP), which will focus on supporting “use-inspired” R&D. NSF Director Sethuraman Panchanathan said in a statement the directorate will work to “rapidly bring new technologies to market and address the most pressing societal and economic challenges of our time."

Congress approved the directorate through the final appropriations legislation for fiscal year 2022, which President Biden signed on March 15. However, lawmakers are still debating competing legislative proposals that will further define its mission as well as potentially give it a different name.

The Senate-passed U.S. Innovation and Competition Act (USICA) proposes that what it calls the “Directorate for Technology and Innovation” should concentrate on advancing a periodically refreshed set of 10 “key technology focus areas.” The House-passed America COMPETES Act of 2022 proposes the name of “Directorate for Science and Engineering Solutions,” reflecting a broader focus on mobilizing science to address “societal challenges” as well as to develop strategic technologies. The divergence between these visions is just one of a host of thorny differences between the bills that are expected to be ironed out through an upcoming House-Senate conference committee.

New directorate cuts across existing ones

NSF currently has six other research directorates that are respectively dedicated to mathematics and physical sciences, engineering, geosciences, biological sciences, computer sciences, and the social sciences. The agency has framed the TIP directorate as a “cross-cutting platform” that will harvest promising ideas from across those directorates and work to accelerate their path to practical application.

The head of the directorate is Erwin Gianchandani, who has been NSF’s point person for the TIP concept and previously served in leadership roles in the computer sciences directorate.

A slide NSF has used to describe the mission of the new directorate, which is envisioned as a “horizontal” entity that cuts across the portfolios of NSF’s other directorates. The DNA helix represents the interplay between exploratory research and technology commercialization.

The TIP directorate is the first new directorate NSF has established in more than 30 years and will assume responsibility for several existing programs. These include the SBIR/STTR small business R&D programs, the Innovation Corps (I-Corps) entrepreneurial education program, and the "Convergence Accelerators" established as part of NSF’s 10 Big Ideas for advancing multidisciplinary research.

The directorate also plans to launch completely new activities. Among them, the recently announced Pathways to Enable Open-Source Ecosystems (POSE) program will aim to expand the community of researchers who develop and use open-source tools and platforms, and a Regional Innovation Accelerators program will seed R&D hubs across the U.S. as part of the agency's efforts to expand what it calls the "geography of innovation." These hubs will consist of partnerships between NSF, academia, industry, nonprofit organizations, state and local governments, and venture capital groups.

NSF requested $865 million to establish the TIP directorate in its budget request for fiscal year 2022, a little less than half of which would be from existing programs transferred into the directorate. Of the rest, NSF proposed that $200 million go toward establishing up to 20 Regional Innovation Accelerators, each funded at up to $10 million annually over 10 years.

However, whereas those proposals envisioned a topline NSF budget increase of 20% to $10.2 billion, Congress ultimately only increased NSF’s budget by 4% to $8.8 billion and restricted it from reducing funds for “core research” and infrastructure. That leaves little budgetary room to spin up new activities through the TIP directorate this fiscal year, which runs through September. Nonetheless, the appropriations law encourages NSF to fund at least one regional accelerator in that time.

House and Senate still at odds

NSF’s vision for the TIP directorate has been praised by House Science Committee Chair Eddie Bernice Johnson (D-TX) and Ranking Member Frank Lucas (R-OK), who issued a statement yesterday saying it is well-aligned with the NSF provisions they crafted for the America COMPETES Act.

However, the lead Republican sponsor of the NSF provisions in USICA, Sen. Todd Young (R-IN), says the directorate’s mission will have to come closer to his technology-centered proposal in any compromise legislation. Young addressed the subject in prerecorded remarks released today at an event on differences between the COMPETES Act and USICA hosted by the Information Technology and Innovation Foundation, a think tank that endorses the Senate vision for the directorate.

Young claimed the Senate approach has support from the White House and “a number of my Democratic colleagues, even though they cast a vote in support of the COMPETES Act.” He suggested the House-backed directorate does not focus enough on emerging technologies and that its proposed budget is not “sufficient to compete against China.” He noted the cumulative five-year budget for the directorate proposed by the House is about $13 billion, whereas the Senate bill proposes a total budget of nearly $30 billion over the same period.

“The bottom line is, if we want this to pass, it's going to have to resemble the Senate bill,” Young said.

In any case, though, both those budget profiles are only non-binding targets. Under either bill, Congress would still have to annually provide the proposed funding through its ordinary appropriations legislation.