FYI is an authoritative news and resource center for federal science policy, with a focus on the physical sciences. The FYI team reports on developments in Washington, D.C., and beyond, seeking to illuminate how policy affects science and how science shapes policy. 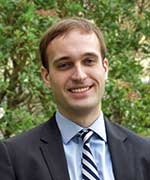 Mitch oversees the production of FYI’s science policy newsletters and tracking resources. He previously was a fellow at the Science and Technology Policy Institute and worked for the Senate Commerce, Science, and Transportation Committee. He received a B.S. in physics from the University of Minnesota. 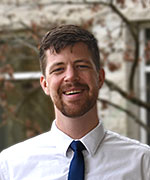 Mike Henry directs FYI, which delivers authoritative news and resources on federal science policy with a focus on the physical sciences. FYI is widely read by policymakers and leaders throughout the scientific community as an effective means of keeping current on important policy and funding developments. Before coming to AIP, Mike was government relations manager for the University Corporation for Atmospheric Research in Boulder, Colorado, and Washington, D.C., and a legislative aide for Sen. Benjamin Cardin of Maryland. He has an M.S. in Environmental Studies with a certificate in Science and Technology Policy from the University of Colorado, Boulder and a B.A. in Political Science from Williams College. 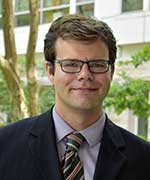 Will earned his B.A. in History from Northwestern University, with a minor in physics, and received a Ph.D. from Harvard University in the History of Science. He then held a postdoc position with the AIP Center for History of Physics and was a Junior Research Fellow at Imperial College London, working on the intersections between science and policy. His book, Rational Action The Sciences of Policy in Britain and America, 1940-1960, was published by MIT Press in 2015. 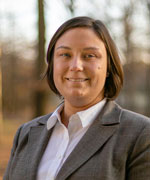 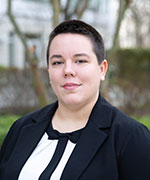 Andrea Peterson is a science policy reporter for FYI. Previously, she was a AAAS Science and Technology Policy Fellow in the Department of Energy’s Office of High Energy Physics. She holds a Ph.D. in theoretical particle physics from the University of Wisconsin–Madison and an A.B. in Physics and Mathematics from Harvard University.