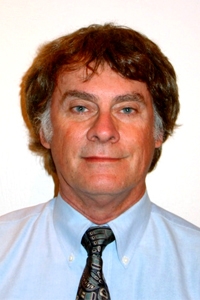 A Bridge Too Far? The Demise of the Superconducting Super Collider

This talk is based on his book Tunnel Visions: The Rise and Fall of the Superconducting Super Collider, which Riordan wrote with Lillian Hoddeson and Adrienne W. Kolb: University of Chicago Press, 2015.

In October 1993 the US Congress terminated the Superconducting Super Collider — at over $10 billion the largest and costliest basic-science project ever attempted. It was a disastrous loss for the nation’s once-dominant high-energy physics community. With the discovery of the Higgs boson at CERN’s Large Hadron Collider, Europe has assumed world leadership in this field.

A combination of fiscal austerity, continuing SSC cost overruns, intense Congressional scrutiny, lack of major foreign contributions, waning Presidential support, and the widespread public perception of mismanagement led to the project’s demise nearly five years after it had begun. Its termination occurred against the political backdrop of changing scientific needs as US science policy shifted to a post-Cold War footing during the early 1990s. And the growing cost of the SSC inevitably exerted undue pressure upon other research, weakening its support in Congress and the broader scientific community.

As underscored by the Higgs boson discovery, at a mass substantially below that of the top quark, the SSC did not need to collide protons at 40 TeV in order to attain its premier physics goal. The selection of this design energy was governed more by politics than by physics, since Europeans could eventually build the LHC by installing superconducting magnets in the LEP tunnel under construction in the mid-1980s. In hindsight, there were alternative projects the US high-energy physics community could have pursued that did not involve building a gargantuan, multibillion-dollar machine at a new site in Texas.

Michael Riordan holds a Ph.D. in physics from the Massachusetts Institute of Technology and has taught courses about the history of physics and technology at Stanford University and UC Santa Cruz. He is author of The Hunting of the Quark as well as a coauthor of Crystal Fire, The Shadows of Creation, and — most recently — Tunnel Visions: The Rise and Fall of the Superconducting Super Collider (Chicago, 2015). A Guggenheim Fellow and a Fellow of the American Physical Society, Riordan was awarded the 2002 Andrew W. Gemant Award by the American Institute of Physics in recognition of his efforts in communicating physics and its relationship to the wider culture. Currently Chair of the Science Advisory Board of Research. Now in Eastsound, WA, he writes about science, technology and public policy from Orcas Island.