Audrey Lengel, Digital Collections Manager
A Day in the Life
Physics History
Behind the Scenes 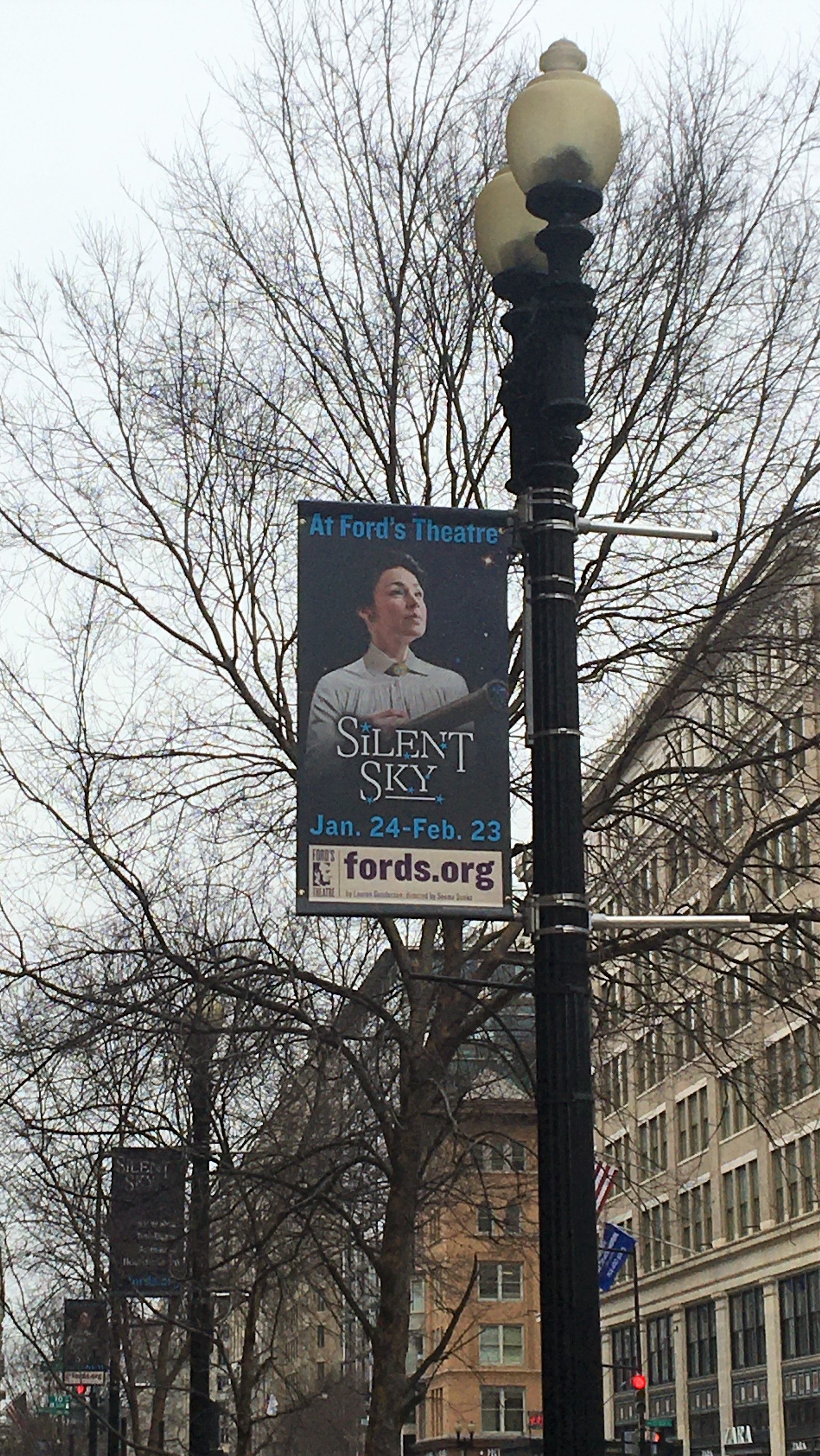 In February, a group of the librarians and archivists at the Niels Bohr Library & Archives attended a performance of Silent Sky at Ford’s Theater in Washington, D.C. Silent Sky, written by Lauren Gunderson, is a dramatization of events and people surrounding real-life early 20th century American astronomer Henrietta Swan Leavitt. The play focuses on Leavitt’s experience as a computer, cataloging and classifying the stars in telescope photographs at the Harvard Observatory, the interplay between her personal and professional life, and her relationship with Annie Jump Cannon and Williamina Fleming, two of her fellow computers at Harvard. I encourage you to read Physics Today senior editor Lindy Baldwin’s review of the show from the perspective of a historian.

Before we attended the show, I read the play (thanks to Corinne, our assistant librarian, who had acquired a print copy for the library last year!) and knew almost immediately that I was going to enjoy it. As I was reading the Notes section of the text, I noticed that the play would rely heavily on primary source materials as set decoration:

Stars: The star field from the Northern Hemisphere should be almost ever-present; even if the stage lights disappear, the stars shine and cradle are set.
Photographic Plates: These should be black and white window-pane-sized glass of the star field. They are negatives of the true night sky - stars are black and sky is white. For examples see: http://tdc-www.harvard.edu/plates/gallery/

When we got settled into our seats at the theater, I got a chance to see the interpretation of the set: a backdrop of the sky with lightbulbs suspended overhead like stars. If you look closely, you can see that the sky also appears on the wall in the forefront of the stage, enveloping the scene: 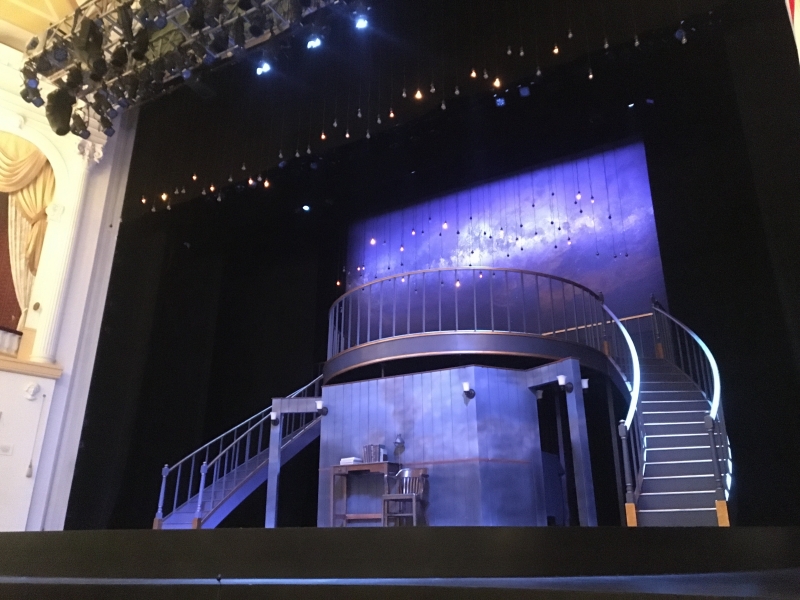 The set from the author's seat.

I was also fascinated to see how the glass plates that Leavitt, Cannon, and Fleming studied would be interpreted in the show. The three women are constantly moving the prop photographic plates from desk to desk, holding conversations in between shouting out star classifications, and when her father gets sick, we see Leavitt bring cases of plates home with her to Wisconsin. They are a pivotal part of the story, and nearly every scene in the play involves them; it was inspiring to see this story, now almost a century old, come alive with the addition of replicas of these now-archived photographic plates. 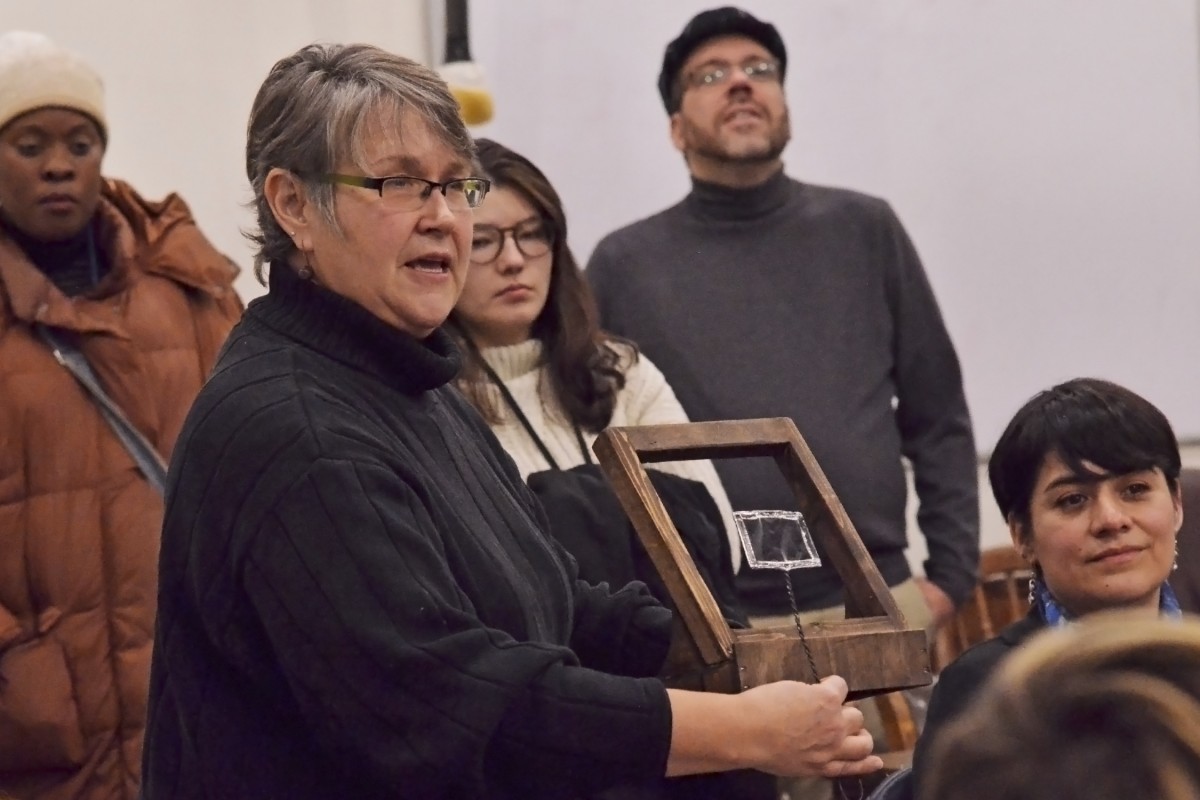 The play certainly does a fantastic job of showing the incredible, tireless, and wildly underpaid work that Leavitt, Cannon, and Fleming did at Harvard classifying the stars captured on the plates. Their hard work and analysis paid off though: from observing, cataloging, and taking thousands of pages’ worth of notes on the stars photographed on these plates, Leavitt discovered many Cepheid stars and observed their patterns, which led to a method of determining astronomical distance. The systems and discoveries made by these women and working with these plates led to our current understanding of the universe - and we can still learn more and build upon the work done by Leavitt, Cannon, and Fleming with these plates.

All of the glass plates that were cataloged and used by these astronomers are now part of the Harvard College Observatory’s Astronomical Photographic Plate Collection, and it contains over half a million images and is rich in information. Harvard is expanding access to these plates and the data contained in them through a number of projects - and Project PHaEDRA and Star Notes are ones YOU can participate in, from the comfort of your own home!

DASCH is an ongoing project at Harvard to fully digitize the 500,000-image Astronomical Photographic Plate Collection and to enable researchers access to over a century of astronomical data.

The Harvard Center for Astrophysics’ Wolbach Library is cataloging, digitizing, and working with the Smithsonian’s Transcription Center to encourage volunteers all around the world to transcribe the digitized variable star notebooks of the women featured in Silent Sky (along with the other women who worked as astronomers at Harvard).

This project, another online volunteer-based initiative, invites participants to find and create links from the Harvard astronomers’ star notebooks to the actual photographic plates that they were studying. 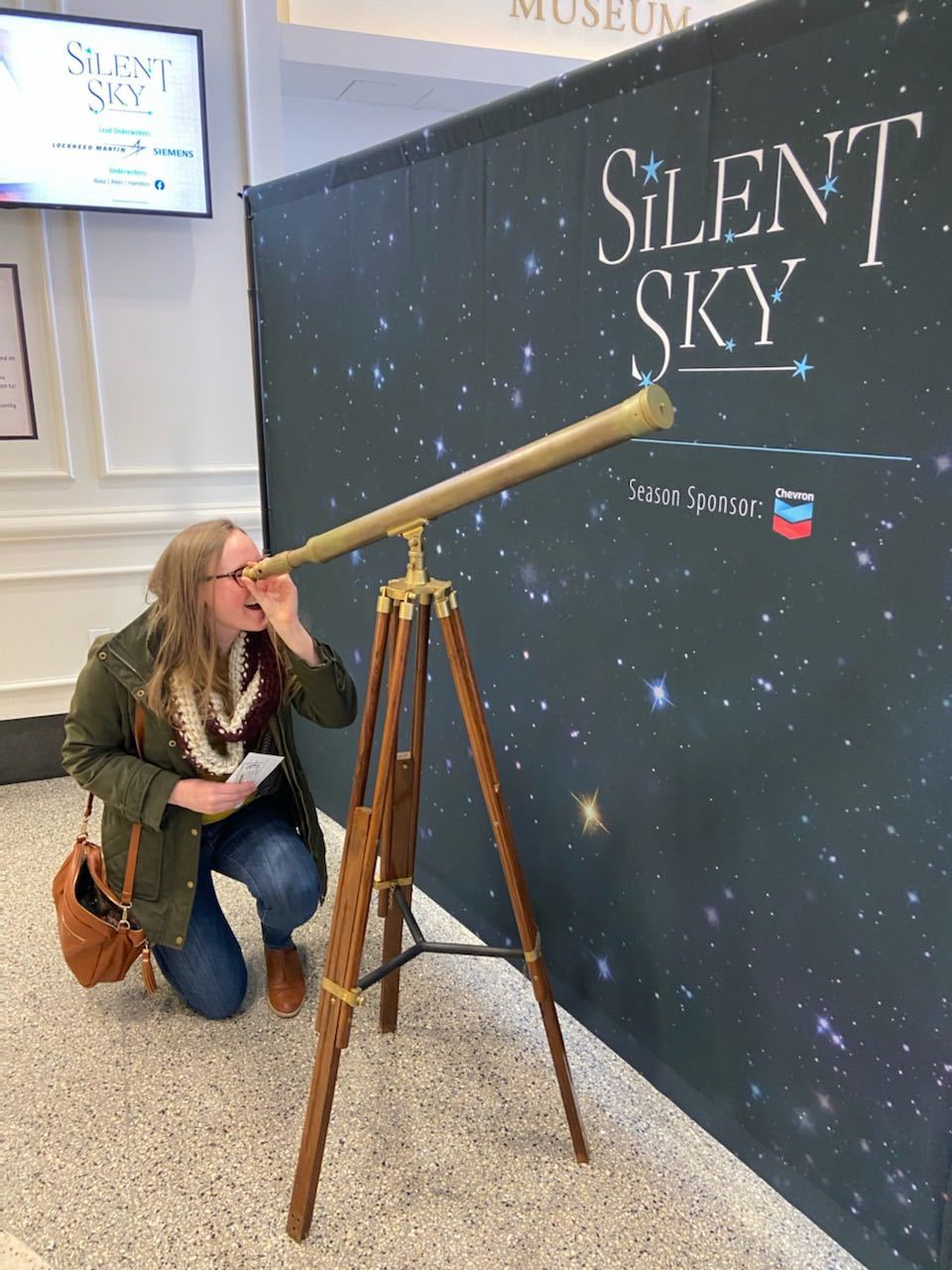 I have never been one to turn down a photo opportunity with a theatre prop! Photo by Allison Rein.

After reading and seeing a production of Silent Sky, I was left with a desire to know more about Annie Jump Cannon, Henrietta Swan Leavitt, and Williamina Fleming. Project PHaEDRA and Star Notes allow you to explore and interact with their work, to see their handwriting and to give you an opportunity to pitch in and enable modern researchers to use their data in new and exciting ways.

Teaching Guide from AIP Center for History of Physics

The Glass Universe by Dava Sobel

Audrey Lengel is the Digital Collections Manager. She has a B.A. in rhetoric & public advocacy from Temple University and an MLS from the University of Maryland. She coordinates the public-facing digital collections at the Niels Bohr Library & Archives. One of her favorite books here is Max Goes to the Moon by Jeffrey Bennett and illustrated by Alan Okamoto.