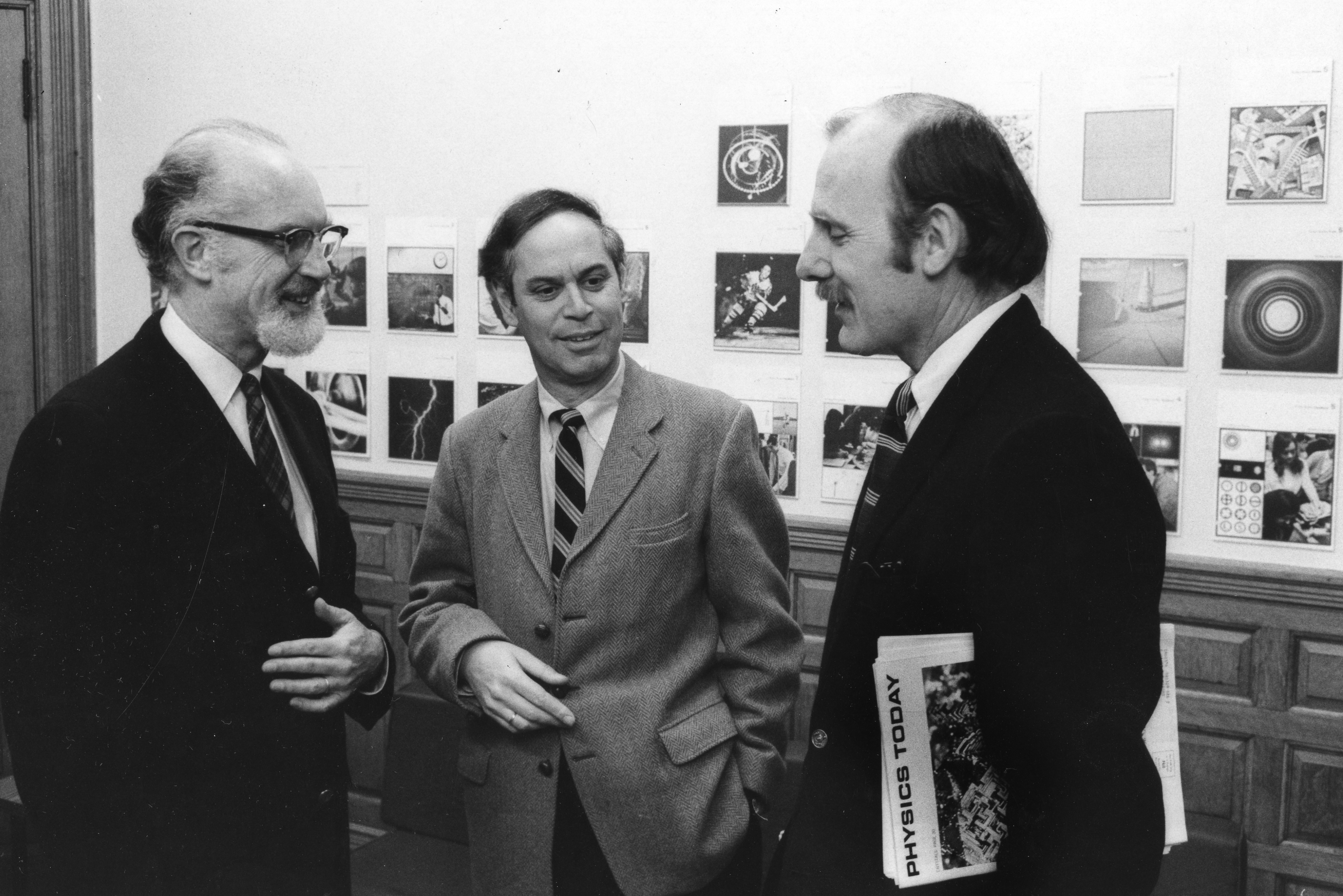 This quote, from renowned physicist I.I. Rabi, Nobel Laureate in 1944 for his discovery of nuclear magnetic resonance, is the first thing students read in the Harvard Project Physics textbook. Rabi, among others involved with Project Physics, advocated tirelessly for public understanding of and engagement with science, and incorporating history into science curriculum was an important part their efforts. In the tumultuous years of the Second World War, physics education in the United States shifted in both scope and focus, and the Harvard Project Physics initiative was at the forefront of this change.

Due to the nature of the Second World War—with increased pressure to develop nuclear weapons and improve radar technologies—the demand for physicists increased dramatically. Nicknamed “the physicist’s war” by then Harvard president James B. Conant, this phrase “had referred to an urgent, ambitious training mission: to teach elementary physics to as many enlisted men as possible.”[1] The United States needed to mobilize more physicists and engineers—and fast.

Such a drastic increase in need for physicists demanded a higher number of qualified educators to teach introductory physics in high schools. Teacher-training institutes were established through funding from NSF and private companies, and a surge of government funding was directed toward transforming classroom instruction and science curriculum at the national level.[2] It became clear to scientists, policy makers, university officials, and educators that it was time to organize a new approach to introductory physics education.

What was Project Physics?

Enter: Harvard Project Physics. Project Physics was founded to “design a humanistically oriented physics course, to attract more students to the study of introductory physics, and to find out more about the factors that influence the learning of science in schools.”[3] It was clear that physics was playing a critical role in the midst of international conflict, therefore it seemed necessary to discuss ways in which science changes over time and influences society and culture along the way.

The Project Physics curriculum includes a wide variety of educational resources: textbook, teacher guides, student workbooks, laboratory equipment, reader guides, documentaries, and more. The textbook is organized into six large units: Concepts of Motion, Motion in the Heavens, Energy, Fields and Waves, Models of the Atom, and The Nucleus. The reader guides include personal and popular essays by scientists, beginning with Richard Feynman’s “The Value of Science” (1958), that correspond with the physics material. One of the documentaries they filmed, titled “People and Particles,” follows the construction of the Cambridge Electron Accelerator in the early 1960s.  When brought together, the Project Physics curriculum weaves innovations in physics with stories of the scientists involved and demonstrates the usefulness of history to emphasize science’s dynamic progress.

“At the start of the experiment, all they had were ideas and an empty part of the floor space in the experimental hall. This was also the starting point for our film. We photographed everything just as it was happening over a period of two years. No script, no rehearsals. Just to see what it’s like when people work together in a physics lab.”  (3:15-3:40)

One particularly notable science education reformer was James B. Conant, who was then serving as the president of Harvard University. He believed that “science instruction in general education should be characterized mainly by broad integrative elements,” and advocated for the importance of relating scientific study to other ways-of-thinking, especially in history and society.[4] He believed that a “common experience of learning [science] would provide ‘for all Americans a foundation of national unity.’”[5] He was influential in the development of the Harvard Project Physics.

The three lead authors and directors of the Project Physics curriculum were Fletcher Watson, Gerald Holton, and James Rutherford. Watson was a professor of science education at the Harvard Graduate School of Education, Holton was a professor of physics and science history at Harvard University, and Rutherford was the lead project coordinator. Although the project was based at Harvard University, its success relied on efforts and contributions from educators and scientists from across the country, reflecting the level of national collaboration necessary for tackling the problems of physics education in that time. The partial list of staff and consultants, listed in the Appendix of the Project Physics textbook, is evidence of how large-scale cooperation is necessary for catalyzing effective educational and scientific progress.

The Harvard Project Physics was evidence of “one time in history when large-scale national reform in physics education appeared possible.”[6] I can’t help but wonder—why didn’t it last? Why was its influence ultimately limited? And what can we do as historians of science and educators in the present to bring curriculum reform back to the forefront?

Incorporating history into science classrooms humanizes the subject matter; physics becomes less abstract and more intimately connected to daily life. The “integrative function of history” encourages students to consider scientific progress as interdependent with other subjects.[7] Gerald Holton recognized this, in the first Project Physics Newsletter in 1964 advocating for the project:

“The task is therefore to create, with the aid of both experienced physicists and teachers, physics courses that will be appealing and instructive to a wide variety of students – including those already intent on scientific careers, those who may not go to college at all, and those who in college will concentrate in the humanities or the social studies. For the last group in particular, it is necessary to show that physics is neither an isolated and bloodless body of facts and theories with merely vocational usefulness, nor a glorious entertainment restricted to an elite of specialists. Rather, it should be seen as a beautifully articulated and yet always unfinished creation at the forefront of human ingenuity.”[8]

Therefore, to design an effective physics curriculum, with the specific goal in mind of increasing accessibility, interest, and participation in the discipline, these reformers saw it necessary to incorporate the history of physics into the scientific material. It was through the pursuit of telling stories—of humanizing science—that, they believed, would inspire more students’ curiosity to understand the world through physics. In my mind, this lesson seems to be the lasting influence and significance of the Harvard Project Physics.

[4] “Science instruction in general education should be characterized mainly by broad integrative elements—the comparison of scientific with other modes of thought, the comparison and contrast of the individual sciences with one another, the relations of science with its own past and with general human history, and of science with problems of human society.” (from Conant's 1945 Harvard University report "General Education in a Free Society"). See Matthews, M. R. (1994). History of Science in the Curriculum. In Science Teaching: The Role of History and Philosophy of Science. New York: Routledge, 54.