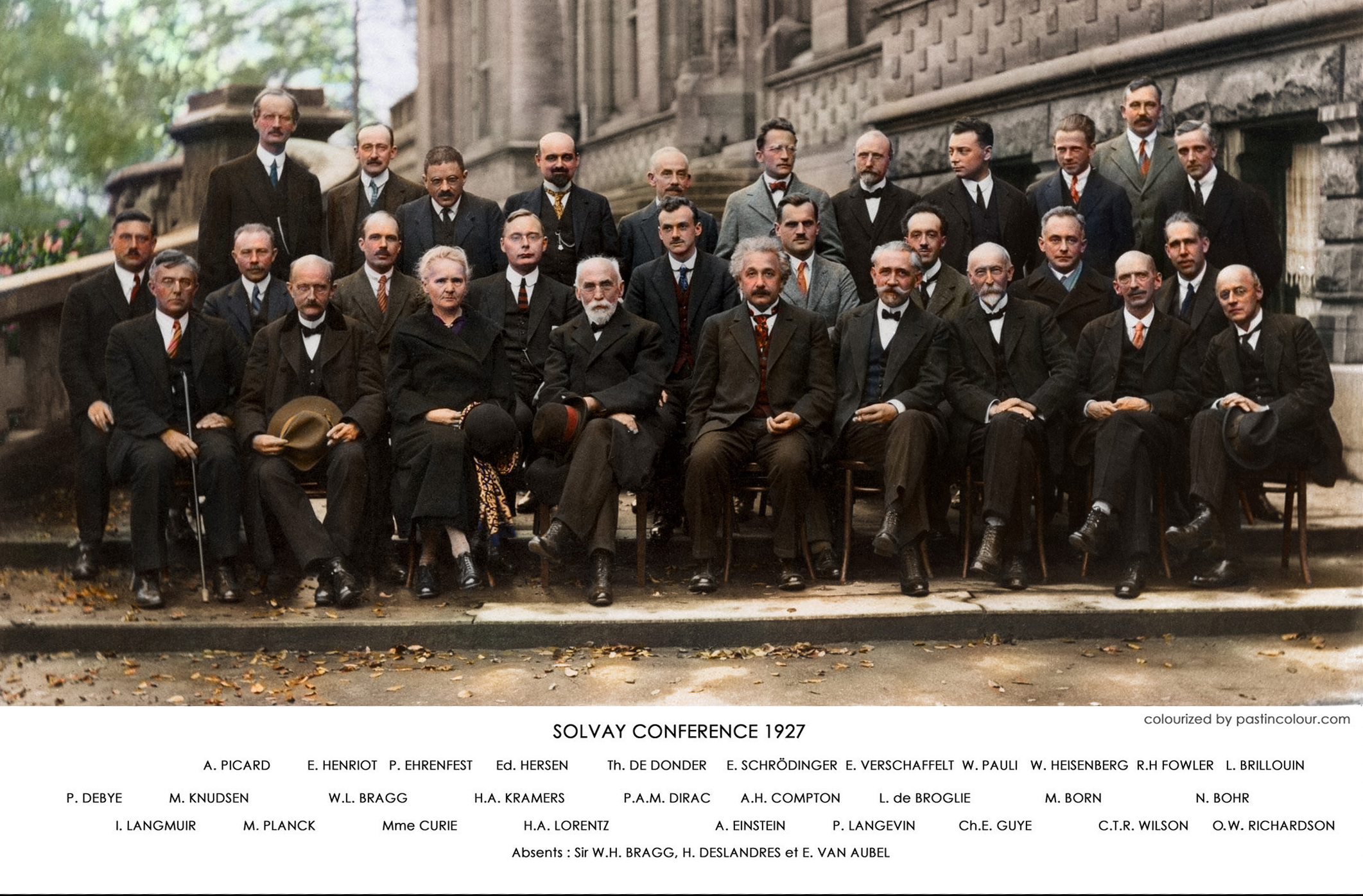 The story of physics is often told through the lens of great heroes; it is a narrative shaped by the accomplishments of lone geniuses who exuded an effortless brilliance and unquestionable dedication to the sciences. Physics textbooks highlight the accomplishments of these few scientists throughout the subject’s history to whom we credit with equations, laws, or theories in their names alone (Kepler’s laws of planetary motion, Newton’s laws, Maxwell’s equations, Einstein’s theory of relativity, or the Schrödinger equation, just to give a few examples). An (exaggerated) version of what I’m talking about can also be seen here:

On the surface, this may seem like a moot point. After all, the concepts in physics alone can be difficult enough to grasp, why bother incorporating (or questioning) the history?

It matters because this isn’t the whole story. Behind influential ideas were many physicists who laid the brickwork through mistakes, false-starts, or modest successes for the discipline to even reach points of innovation in the first place. It matters, perhaps even more so, because a history of science without acknowledging the long-term exclusion of women and minorities is an angstrom shy from injustice. To build an inclusive, equitable culture in physics today is to reconcile its history as not one shaped solely by individuals, but characterized by the stories of women overlooked for Nobel prizes or other forms of recognition[1], African Americans who persisted amid the Civil Rights movements and segregation[2], immigrant physicists who undertook incredible research and responsibility while navigating international political situations[3], and scientists who overcome physical limitations to continue pursuing their research.[4] It matters because the pursuit of science operates within broader social and cultural contexts, and as good scientists we must recognize our biases. If we are to do more to create an equitable culture, then we need to change the narrative of who a “physicist” is and can be.

The Center for History of Physics (CHP) at the American Institute of Physics aims to document, investigate, and understand the nature and origin of developments in modern physics and their impact on society. In support of this goal, CHP has developed a free collection of teaching guides that highlight the invaluable contributions and stories of women and minorities throughout the history of physics. These guides satisfy a wide range of national education standards and are easily adaptable to K-12 classrooms in both the social and natural sciences. Examples of the topics and people covered include:

Incorporating the often-forgotten stories of underrepresented groups in the physics classroom can be an effective strategy to communicate a more inclusive narrative of the discipline. Additionally, situating discoveries in physics within their local historical context emphasizes its dynamic past, and reinforces the fact that modern scientific progress is largely attributed to successful cooperation within and across scientific collaborations. Lessons from history and social studies help build a students’ understanding of physics culture and teaches them skills to better understand how we can cultivate an equitable, supportive, and inclusive physics community in the present and for the future. In order to figure out all the small stuff, big stuff, hot stuff, cold stuff, heavy stuff, fast stuff, dark stuff, turbulence, and the concept of time that we still have left to tackle, we need to support all aspiring scientists with the passion and curiosity to understand the world through physics.

I encourage you to watch this short, animated history of physics with these ideas in mind. Challenge the simplistic historical narrative that this video outlines, and especially consider the common image or identity these traditional famous physicists share: