In other words: In a continuation of last month’s alphabetically themed photos of the month, let’s explore the letter H in the Emilio Segrè Visual Archives!

Physicists Hertha Sponer and Hedwig Kohn were two of only three women to meet pre-World War II Germany’s requirements to teach physics at the university level (the other being Lise Meitner). But in the 1930s, they were both removed from their teaching positions in Germany due to Antisemitism and misogyny. Years later, both Hertha Sponer and Hedwig Kohn ended up at Duke University. Hertha set up a spectroscopy lab there, and continued her research in quantum mechanics. After Hedwig Kohn’s retirement from Wellesley College, Hertha invited her to conduct research at Duke. 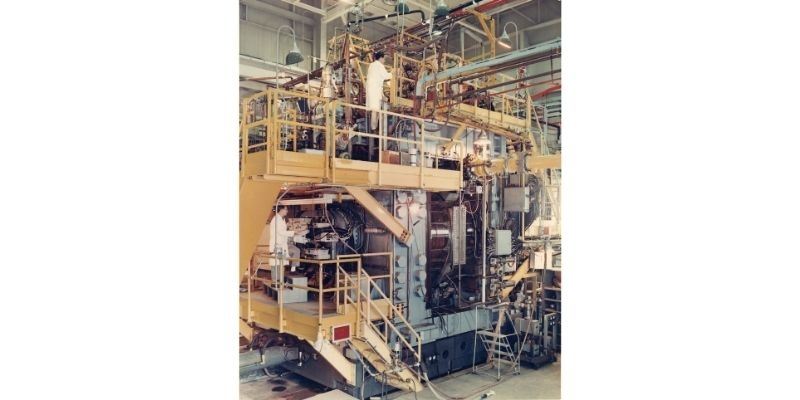 This is the 80-inch Liquid Hydrogen Bubble Chamber at Brookhaven National Lab, which was created in the 1960s. This 1963 bulletin from Brookhaven celebrates the new chamber, and also includes some fun internal news such as stats from a baseball league and updates about a lab picnic (which suggests that the BNL Personnel Office liked alliteration as much as I do).
Bonus: Here is some artwork inspired by the bubble chamber. 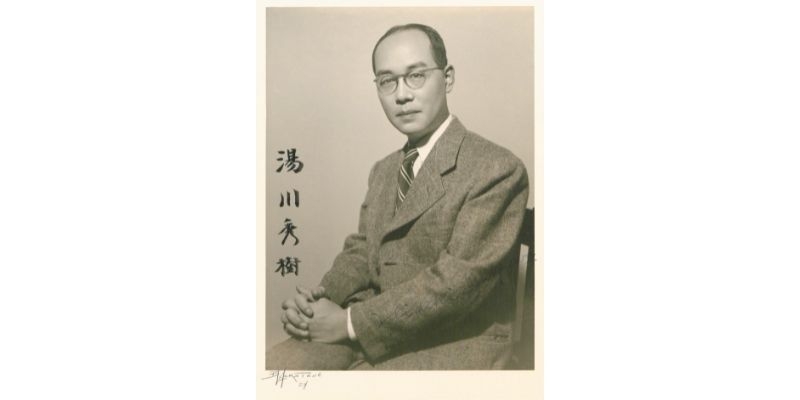 Hideki Yukawa (湯川秀樹) was the first Japanese scientist to win a Nobel Prize (in 1949). He was also one of eleven scientists to sign the Russell-Einstein manifesto of 1955 which called for global nuclear disarmament. The manifesto (available here), also called for a conference for scientists to further discuss the need for disarmament. The first Pugwash Conference took place just two years later in Nova Scotia, and Hideki was in attendance.

Here, also, is a brief 1962 oral history interview with Hideki. 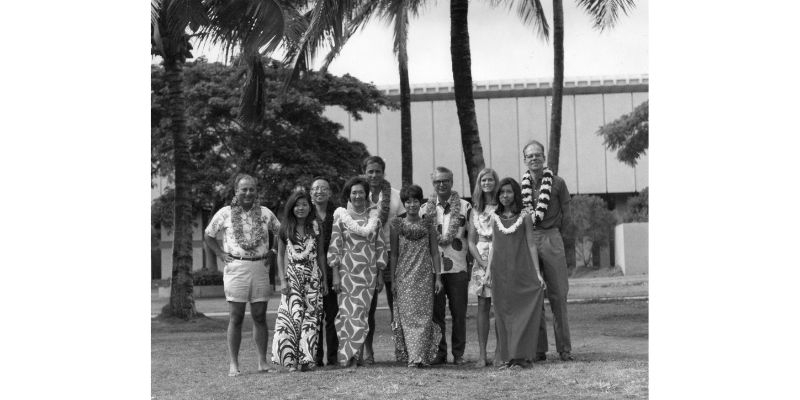 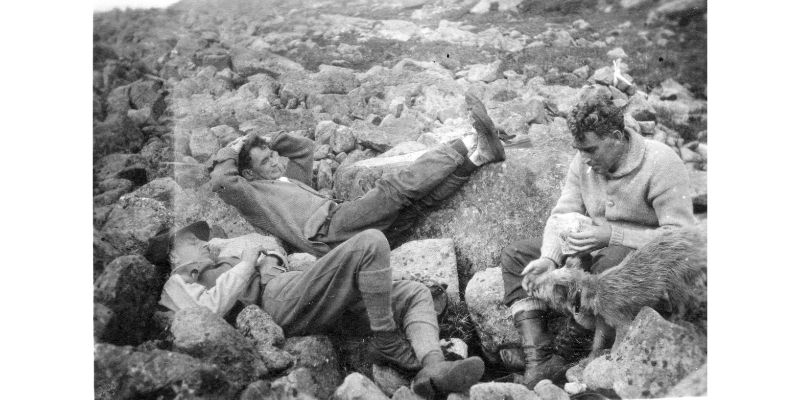 There are lots of photographs in ESVA that show scientists hiking and enjoying nature (see?). This one is one of my favorites: it shows Haroutune Dadourian, Percy Bridgman, and Harvey Davis taking a break during a hike. As a frequent taker-of-breaks myself, I will aim to get this comfortable while I rest up on my next hike.

Here is Warren Henry with a student at Howard University. Henry was a Professor of Physics at Howard from 1969 until his retirement in 1977. Prior to that, he worked at the Tuskegee Institute, Morehouse College, the U.S. Naval Research Laboratory, and MIT. According to this Physics Today obituary for Henry, he was also a leader of the National Society of Black Physicists in the organization’s early days.

That’s all for the June photos of the month! To subscribe to monthly Ex Libris email updates, visit https://www.aip.org/history-programs/niels-bohr-library/exlibris-subscr….

Browsing through the photos of the month and when I got to the Hawaii conference brought together by San Fu Tuan, lo and behold there is a photo of my dad at the far left! We have a that photo in my dad's archives, in color. He brought the whole family with him, and we went on a sailboat ride with the Gell-Mann family. Memories!