Zoom Backgrounds from the Archives, part 3

Zoom Backgrounds from the Archives, part 3

Who is ready for a new batch of Zoom backgrounds?! We know you’ve been waiting for the third installment of our Zoom background offerings... (Check out part one here and part two here!) Our staff has chosen some of our favorite images from the Emilio Segrè Visual Archives (ESVA) and made them available, sized to fit perfectly in your video chat tool of choice (Zoom, Teams, etc.). Whether you are working, attending school, or chatting with friends remotely, these backgrounds are sure to spark a conversation! Download below: 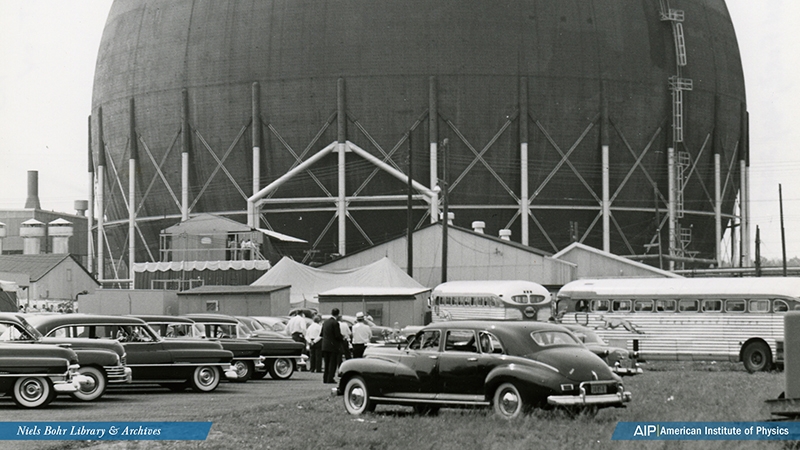 A Field in Fleurs 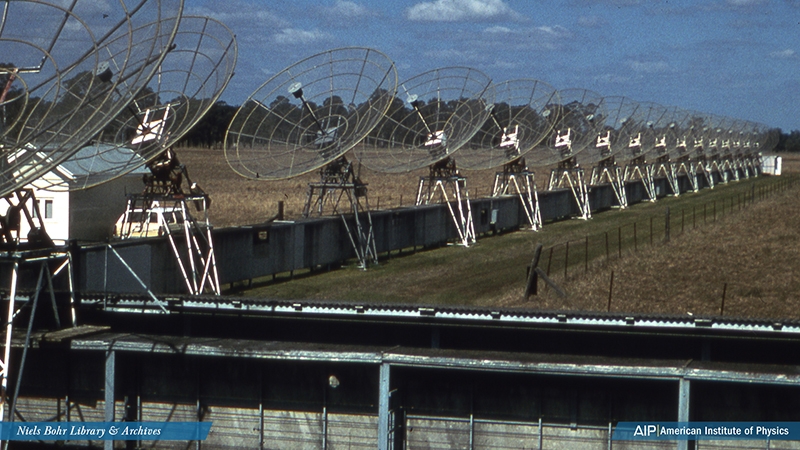 A row of cross-type radio telescopes in Fleurs, Australia. They were deployed by Australia’s Commonwealth Scientific and Industrial Research Organisation (CSIRO) Division of Astrophysics at a field station 40 km from Sydney.

Seated at a Soviet Synchrotron 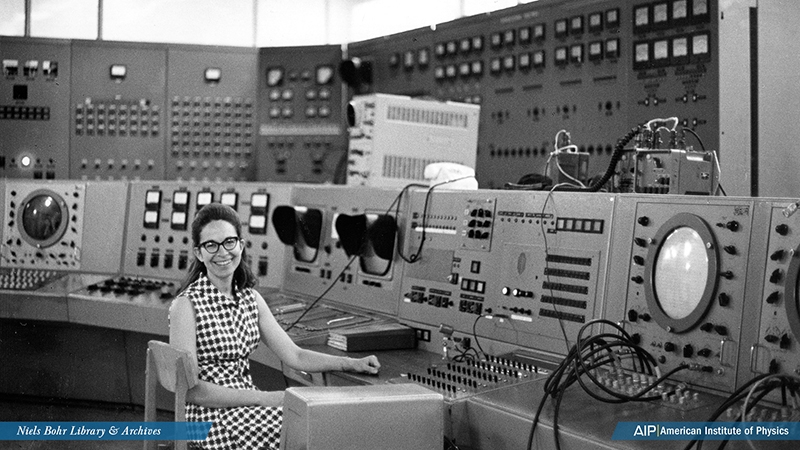 Gloria Lubkin sits at the synchrotron control panel in Serpukhov, Russia. After working as a nuclear physicist, Gloria Lubkin became a science journalist and later editor-in-chief at Physics Today. Among many other achievements she was one of the first American science journalists to travel to the Soviet Union, in 1968, which is probably when this photo was taken.

Control Panel of a Canadian Cyclotron 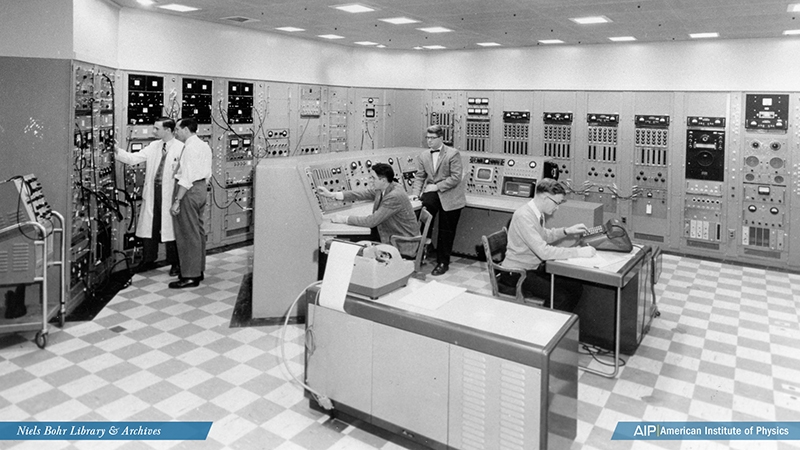 The control room for the EN-1 tandem accelerator at the Chalk River Laboratories of Atomic Energy of Canada Ltd, located in Ontario. From the right: Ted Litherland, Allan Bromley, Harry Gove, Charles Gingell, and an unidentified technician. 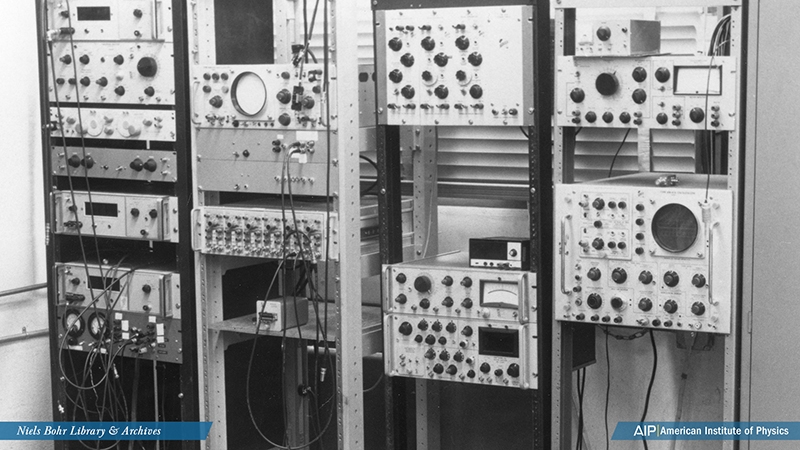 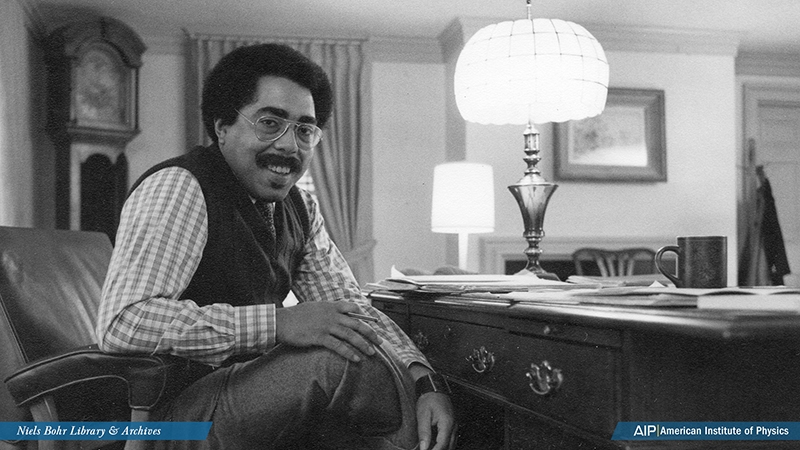 Walter Massey sitting in his office. Dr Massey has served as the Director of the National Science Foundation (1991-1993), the President of Morehouse College (1995-2007), and the President of the School of the Art Institute of Chicago (2010-2016) in his career. 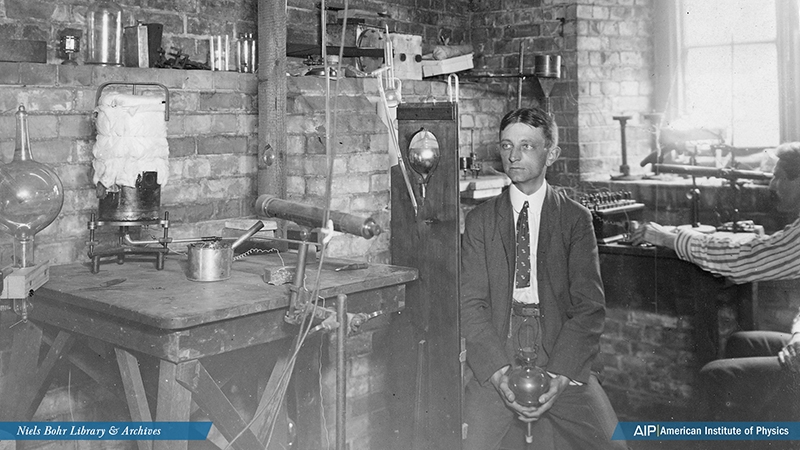 Henry Bumstead in his room at Cavendish Laboratory, University of Cambridge, making a vacuum to split atoms. 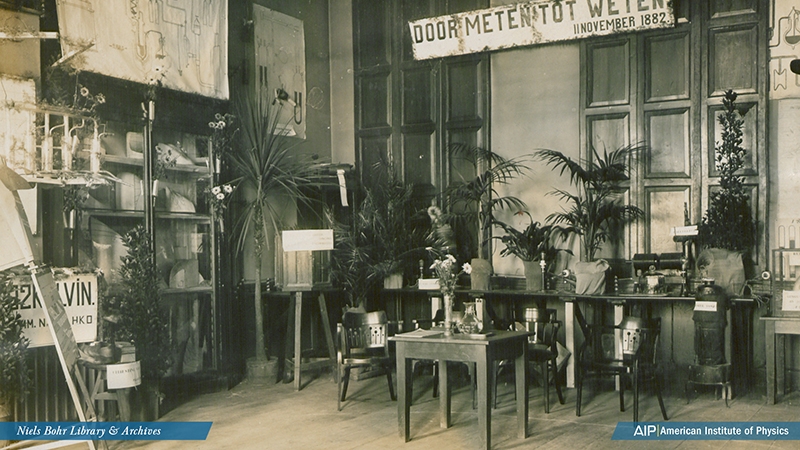 Exhibit for the celebration of the Kamerlingh Onnes Lab's 50th anniversary. Note the laboratory motto on the wall: "door meten tot weten" - "knowledge through measurement". 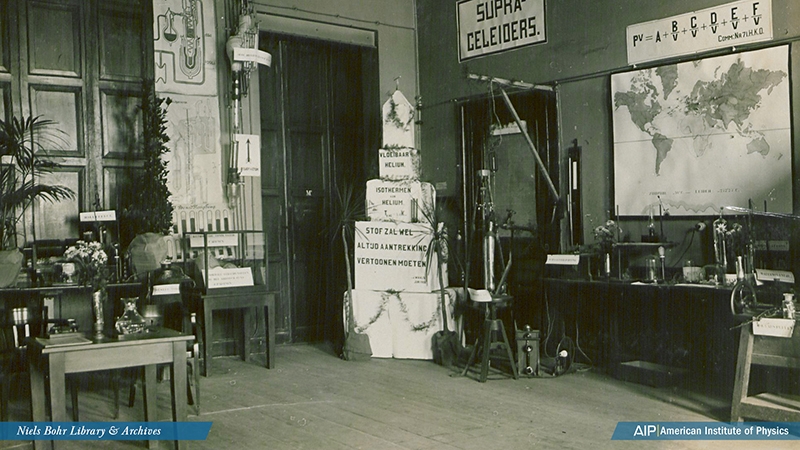 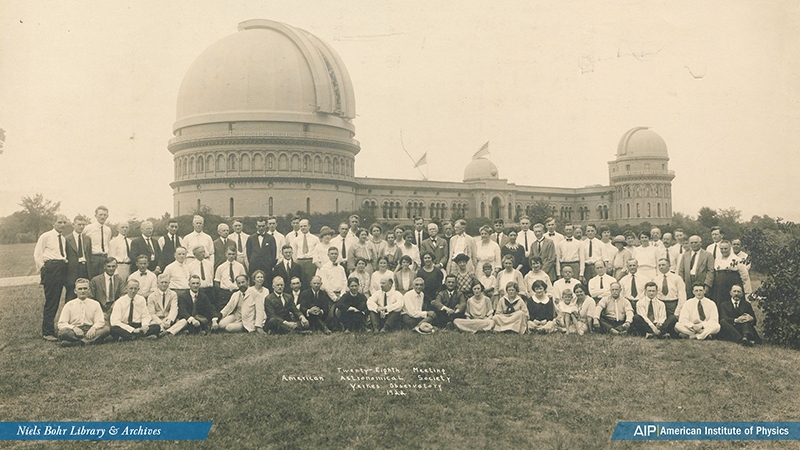 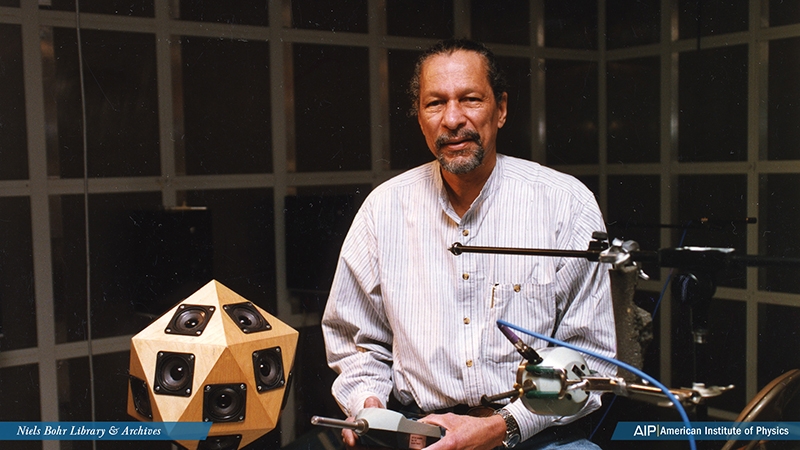 James West, inventor of the electret microphone and Acoustical Society of America (ASA) president from 1998 - 1999, with acoustic equipment.

Aboard the Kuiper Airborne Observatory 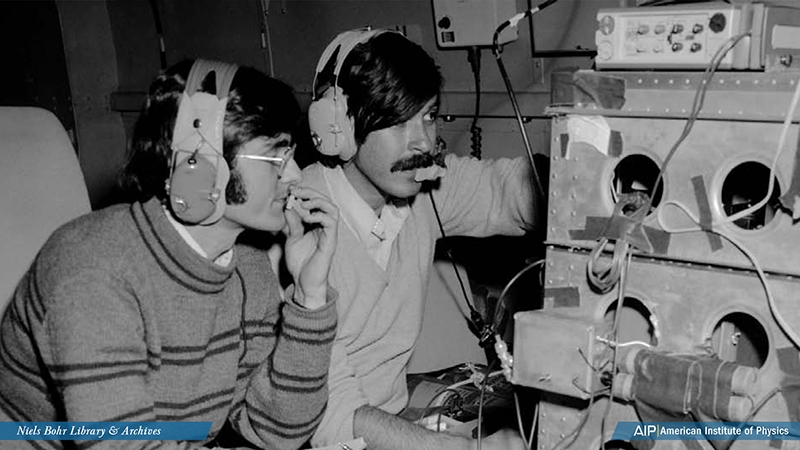