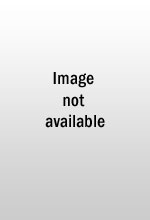 The ground-based observations made over a period of weeks, months and even years enable one to follow what’s happening on the planet. Mars is a dynamic object. It changes. It’s not like the moon. It’s not some static thing that simply looks the same all the time. There are clouds that form, possibly frost patches. There are polar caps that wax and wane annually. There are seasonal darkenings. There are changes in the surface features, changes in their shape and in their coloration. These things can be followed only by observing the planet over long periods of time.

We have here at Lowell Observatory a collection of plates and films extending over a period of some 60 years.

Here at Lowell Observatory we have a collection of plates and films covering the past 60 years or more. A large percentage of these were observations made right here at Lowell. Many have been gathered from other places, notably from Lick Observatory, which has the second largest such collection, and from a number of other places more recently, like New Mexico State University and Cable Mountain Observatory and the Peak Observatory in France and several other places.

This collection of material enables us to see what’s happened over a period of time, and the changes I was describing are the type of things that can be observed and about which data can be taken in some kind of systematic manner.

Now, suppose that you want to follow the polar caps from Mars. You can take images taken over a period of weeks and months and years and examine them in a projection device that enables the images to be put into super-position with a coordinate grid. And you can read the boundary of the polar cap at a number of different meridians on the planet, and you can do this over and over again -- hundreds of images, thousands of images -- And use computer methods to summarize the material. In the end what you come up with is a study of the behavior of the polar cap boundary: do the same thing each Martian year, what does it do along one meridian compared with another. And you find some very interesting things. You find in this particular case that the polar caps of Mars are very unlike the snow cover on the earth. The polar caps of Mars are very repeatable. They do the same thing every year. If you name a date, you can say exactly where the polar cap will be quite exactly within a degree or so on the planet, which you could not do with the earth. You can also see differences from one meridian to another, indicating that there are differences in terrain, possibly differences in elevation; perhaps they are differences in the thermal conductivity or the reflectivity of surface rock. At any rate, the polar cap melts in a sort of bumpy and irregular way and yet a repeatable way, an amazingly repeatable way. This is true especially of the south polar cap of Mars.

You can also make studies of the clouds on Mars, which I have referred to earlier. Suppose that you see some of these bright, transient patches that show up on the image, and suppose you follow what happens to them. Some of these are fairly long-lived. They produce for not just days but maybe weeks. And some of them seem to sit in the same place. Some of them seem to be stationary, and you might wonder whether you should call them clouds or whether you should call them frost patches or what they are. Others do seem to move. They could still be creeping frost patches. We don’t really know that they’re suspended clouds, but they move and we’ve used the word “clouds.”

Earlier studies of these clouds had given people the idea that wind velocities on Mars were very high. We don’t find that. When we study these objects more carefully and we take the total body of material availa1le to us from the past six or seven decades and examine the whole of it, we find that the clouds on Mars move very slowly indeed. The fastest velocity we have found is nine miles an hour, and the average velocity is only three or four miles an hour.

Now, the planetary patrol gives us the opportunity of investigating this type of problem very much more thoroughly than we’ve been able to until now. It enables us to get a continuity that the earlier material didn’t provide, simply because the observations from several observatories spread around the earth enable us to follow these things to a degree that the rather scattered observations taken here and there, occasionally hit and miss, at one or two observatories -- that those did not earlier provide. We hope then that the planetary control can provide a lot in that regard.

The patrol is also providing observations of Jupiter. Jupiter is probably an object that will become increasingly of interest as time goes along. Right now the attention is focused on the moon and on Mars. That is, there have been the Apollo shots to the moon and the Mariner shots to Mars, and there are some future plans for both. Not very much has been heard yet about Jupiter, but Jupiter and the outer planets probably are still more interesting objects than these rather nearer neighbors that technology has enabled us to look at so far. So the patrol is looking ahead a little bit more perhaps when we concentrate part of the effort on Jupiter.

Jupiter is a very different kind of object. It’s enshrouded very much more in clouds. We don’t see a solid surface. The cloud patterns show a lot more change, a lot more detailed variation than anything we see on Mars. The type of study, the types of studies that should be made on Jupiter are only now beginning to crystallize.