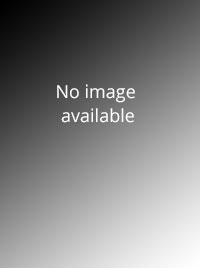 I had arrived in Copenhagen in September of ‘34 and didn’t leave until June of ‘35. The center of discussion was the limits of electrodynamics. The reason for that subject being of vital importance at that time was the great penetrating power of the cosmic rays. It had become clear that the cosmic rays were not protons, and the question was: Could they be electrons, positive and negative? The positive electron had been discovered of course, and could these penetrating particles be electrons, positive or negative? It was perfectly clear that some of them were positive and some were negative, in almost exactly equal numbers. Therefore, it came down to a question, could an electron penetrate 10 centimeters of lead? And to get through with the sort of energies that you saw cosmic rays emerging with? The work of Bethe on the radiation by fast moving electrons based on the Dirac theory of the electron indicated that an electron could not get through. But the question was: ‘Was the Dirac theory of the electron sufficiently valid?’ Bohr has this probing approach to everything, wanting to get down to the brass tacks and just test the uttermost limits to which a thing can be defended. So he raised the question: “Could it not be that the quantum mechanics failed at small distances in such a way that actually the electrons had lost radiating power compared to what theory demanded.

There you know, by George, from good experiments, what the response of the electron is in the Compton effect (for a full-time zone). So from this you could predict precisely the scattering power — how many photons will be scattered by the electron and low energy photons. Then you transfer back to the other frame of reference and these look like high energy photons. And this is responsible for the stopping property. So you could say, by George, although you think that this high-powered quantum electrodynamics treatment of Bethe comes to questions of deep theory at short-range distances, actually you aren’t relying on anything that isn’t firmly tested at quite lower energies. Therefore there is this faintest shadow of a doubt that the electron must loose energy, and therefore it must be a new particle that you see. Now to be sure, Carl Anderson is the person who gets the credit for having discovered the meson, but this work set the philosophical background for believing that his work meant what it purported to show, that you could trust it. So that you could talk about Bohr having questioned Dirac’s theory of the electron, but he questioned it to a good end — to establish more firmly than ever before that it gave sound predictions, so that you could rely on it for the meson.