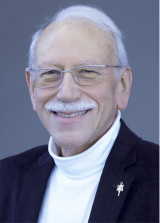 Interview with Joel Primack, Distinguished Professor of Physics Emeritus at the University of California, Santa Cruz. Primack discusses what he has been able to do in his free time since his retirement, including writing papers, giving lectures, hosting meetings at UC Santa Cruz, leading international collaborations, and supervising research. He sees the new data coming from the Vera Rubin Observatory and the Gaia Survey as exciting developments in the realm of astrophysics, and he is looking forward to adding to this data when we begin receiving images from the James Webb Space Telescope. Primack discusses his work with various simulations that he has utilized to understand what may be occurring within galaxies, and the growing importance of astrobiology in these simulations. He takes us back into his early years in Montana, where his passion for science began to develop, and how his high school education and internships led him to Princeton University for his undergraduate career. While at Princeton, Primack took classes from John Wheeler, worked at the Jet Propulsion Lab under Bill Pickering, and participated in the Students for a Democratic Society, where his interest in the combination of politics and science began to grow. Primack discusses how important the communication between politicians and scientists is, and he saw this need for improved communication early on. He started the Congressional Science and Technology Fellowship program as a preliminary way to work on the relationship between government and science. He then recounts his experiences at Harvard University and his eventual move to Santa Cruz, where he continued working on dark matter and dark energy, among other things. He remarks on his relationship and work with Nancy Abrams, including the courses they taught and the books they wrote together. He ends the interview talking about his family, his recovery from cancer, and the people he’s looking forward to working with in the future.