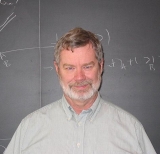 In this interview, David Zierler, Oral Historian for AIP, interviews Paul Langacker, professor emeritus of physics and astronomy at the University of Pennsylvania. Langacker recounts his childhood in the Chicago area and his early interest in particle physics. He discusses his education at MIT and his graduate work at Berkeley and he describes the political situation there in 1968 , his work with Owen Chamberlain, and Mahiko Suzuki and the origins of his life-long interest in weak interactions. Langacker explains his work at Rockefeller University, which was building a program in particle physics, and the circumstances leading to his hire at Penn. He talks about his research at DESY and the tenure process, and explains what he worked to accomplish as chair of the department, and in particular, his interest in increasing the diversity of the faculty. Langacker discusses his more recent interest in connecting superstring theory to particle physics during his time at the Institute for Advanced Study. Toward the end of the interview, Langacker shares his views on string theory and its role in achieving a grand unified theory in physics.