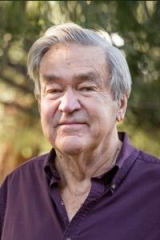 In this interview, David Zierler, Oral Historian for AIP, interviews James (BJ) Bjorken, Professor Emeritus of Particle Physics and Astrophysics at SLAC. Bjorken recounts his childhood in Chicago and he explains how parents’ conservative worldview influenced his decision to attend MIT and not the more liberal and nearby University of Chicago for college. He describes the formative influence of Professor Hans Mueller and the fatherly role that Sid Drell played for him, and he discusses his work on the 300 MeV electron synchrotron lab under the direction of Al Wattenberg and Bernie Feld. Bjorken explains his decision to pursue a graduate degree in physics at Stanford, which he remembers as part of a “western exodus” from Harvard, and he describes the origins of the rift between the physics faculty and the “new guard” who supported and created SLAC under Pief Panofsky’s direction. He explains the intellectual tradition from Vicki Weiskopf to Sid Drell and Burt Richter that informed the development of his dissertation analyzing the properties of scattering amplitudes, and he discusses the faculty’s interest in keeping him at Stanford as a postdoc. He describes his early visits to CERN and to the Soviet Union, and he conveys how impressed he was with the level of physics research in Moscow. Bjorken discusses his early work on creating a robust experimental research agenda at SLAC and he reflects on the significance of the “November Revolution” of 1974 and why quark and gluon confinement was of fundamental importance. He explains his decision to move to Fermilab in 1979 to do neutrino experiments and the E137 axion search project, and he contextualizes the major debates in the 1980s about the future of high energy physics. Bjorken recounts his introduction to the internet over the course of the Minimax project, and he explains the freedom he feels in retirement to conduct research that can be simultaneously ambitious and likely to lead nowhere. He explains his contributions to understanding dark energy and the Kasner metric, and at the end of the interview, Bjorken explains the satisfaction of spending a career that spans from the era before the Standard Model to the present, and how the golden age in physics currently has passed from particle physics to astrophysics and cosmology.