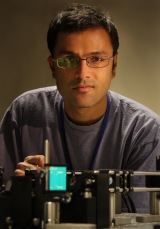 In this interview, Hari Shroff discusses his early childhood in India and England before his family settled in Seattle.  Shroff describes his decision to start college at age 14 at the University of Washington and his graduate work at University of California, Berkeley where he made molecules that could optically report on a local force that was being transduced across molecules. Shroff discusses his desire to transform this research into something with wide societal value, which led to his post-doctorate work at Janelia Farm in Virginia where he worked on the photactivated localization microscopy (PALM) technique.  In the last portion of the interview Shroff describes his transition to the National Institutes of Health (NIH) in 2009, and he recounts his decision to come to NIH over Yale because of the opportunities it afforded to build lab that is continuously pushing the boundary for the kind of imaging that microscopes can create.  The interview concludes with Shroff explaining his interest in deep learning as one solution to making sense of the enormous amount of data generated in the health sciences. 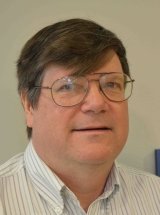 In this interview, David Zierler, Oral Historian for AIP, interviews Bernard Brooks, Chief of the Computational Biophysics Section in the National Heart, Lung and Blood Institute of the National Institutes of Health. Brooks describes the long scientific tradition in his family and he recounts his childhood in Massachusetts, where he displayed aptitude for the sciences at an early age. He describes his undergraduate education at MIT where he focused on chemistry from a computational perspective. Brooks discusses his graduate work at Berkeley where he worked with Fritz Schaefer on the configuration interaction code in quantum chemistry. He describes his postdoctoral research at Harvard with Martin Karplus, where he helped to develop the CHARMM project to study protein simulations. Brooks describes the circumstances leading to his work at the NIH, and he describes his ongoing work on CHARMM over the years. He explains the development of computational biophysics over the past thirty years and the numerous ways this work is relevant across the institutes at the NIH. At the end of the interview, Brooks assesses the impact of the rise of computation power over the course of his career and he forecasts how his work will contribute to ongoing improvements in physics models.