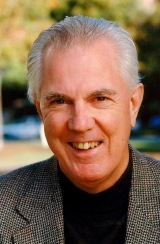 In this interview, William Hartmann of the Acoustical Society of American interviews William Yost, Research Professor of Speech and Hearing Sciences at Arizona State University. Yost discusses his graduate work on signal detection at Indiana University, the development of his Fundamentals of Hearing textbook, co-authored with Donald Nielson, and his early research into noise control at the University of Florida. Yost describes his activities with the Acoustical Society of America, his efforts to promote hearing science at NIH and NSF, and the ASA’s relationship with the Association for Research in Otolaryngology. The interview concludes with a discussion of Yost’s research into modulation detection interference and his move to his current position at Arizona State University.