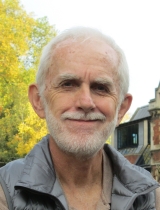 In this interview, David Zierler, Oral Historian for AIP, interviews Cliff Will, Distinguished Professor of Physics at the University of Florida. He recounts his childhood in Ontario, Canada, and explains his decision to enroll at McMaster University, which was both nearby and offered an excellent physics program. He describes his studies with Bertram Brockhouse and how he developed his skills and interests in theory. Will explains his early impressions of Caltech, and how different California felt in the late 1960s. He describes his graduate research in general relativity under the direction of Kip Thorne, and he explains the significance of his calculation of the n-body equations of motion, which was the first post-Newtonian approximation of general relativity. Will explains the import of recent experimental advances in general relativity and how this advanced theoretical work. He describes his postdoctoral research at the Fermi Institute and his attraction at the concept of working with Chandrasekhar. He explains his decision to join the faculty at Stanford, and the state of the field in general relativity and gravitational radiation in the early 1970s. Will describes the circumstances leading to his work at Washington University and the research he did at the McDonnell Center for Space Sciences. He discusses his service work for the National Research Council and his advisory position on the Stanford-NASA space mission called Gravity Probe-B. Will describes his interest in conveying scientific concepts to the broader public, and the excitement he felt in joining the LIGO collaboration. He discusses his recent research interests at the University of Florida and his ongoing collaborations in France. At the end of the interview, Will reflects on what has been confirmed and improved in the field of general relativity since the time of Einstein.