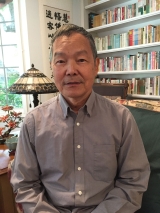 In this interview, David Zierler, Oral Historian for AIP, interviews Alexander Chao, Professor of Physics and a specialist in accelerator physics at SLAC.  Chao recounts his childhood in Taiwan, right after the civil war of 1949, and he describes his early difficulties in school before discovering his abilities in math and physics.  He describes his undergraduate work at Tsinghua University in Taipei where he developed his early skills in theoretical accelerator physics. Chao describes his yearlong obligatory military service after graduating, and he explains his decision to pursue a graduate degree at Stony Brook, where he was attracted by the work of Chen-Ning Yang and with whom he worked on elementary particle physics.  Chao discusses his work at Brookhaven Lab, and he conveys Yang’s advice to pursue a career in accelerator physics. He describes the opportunity that launched his career at SLAC, where Burt Richter hired him right before the “November Revolution” of 1974. Chao discusses his work over the decades at SLAC, including his role as a theorist in the high energy experimental group, his work as group leader of the beam dynamics group, and his deep involvement in the design of the Superconducting Super Collider (SSC). He offers his perspective on the many reasons why the SSC was cancelled, and he expresses his relief that he had a job waiting for him back at SLAC. Chao reflects on how the research culture at SLAC has changed over the years, and at the end of the interview, he discusses his current interest in Steady State Micro Bunching, which has the potential to radiate very high power for diverse applications.