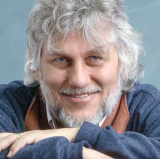 Interview with Robert M. Wald, Charles H. Swift Distinguished Service Professor of Physics at the University of Chicago, where he also has appointments with the Kadanoff Center and the Kavli Institute for Cosmological Physics. Wald recounts his childhood in New York, he describes the tragedy of losing his parents in an airplane crash when he very young, and he explains the ongoing legacy of his father Abraham Wald who was a prominent professor of statistics at Columbia. He describes his high school education at Stuyvesant and his decision to pursue a physics degree at Columbia, where he became close with Alan Sachs, who supervised him at Nevis Laboratory. Wald explains his decision to focus on general relativity for graduate school and his interest in working with John Wheeler at Princeton. He describes the excitement surrounding recent advances in approaching astrophysics through relativity, the significance of the discovery of pulsars and the field of black hole uniqueness, and he discusses his postdoctoral research with Charles Misner at the University of Maryland. Wald describes the impact of Saul Teukolsky’s discovery of a variable Weyl tensor component that satisfied a decoupled equation, and he explains the circumstances leading to his faculty position at Chicago, where he was motivated to work with Bob Geroch. He reflects on the experience writing Space, Time, and Gravity, the advances in black hole collapse research, and he explains why he felt the field needed another textbook which motivated him to write General Relativity. Wald discusses his work on the Hawking Effect and his long-term interest in quantum field theory, and he explains the influence of Chandrasekhar on his research. He describes his contributions to the LIGO collaboration, and he explains what is significant about the Event Horizon Telescope’s ability to capture an image of a black hole. Wald explains the state of gravitational radiation research and the accelerating universe, he prognosticates on what advances might allow for a unification of gravity and the Standard Model, and he explains why dark energy is apparently a cosmological constant. At the end of the interview, Wald discusses his recent work on the gravitational memory effect and, looking to the future, he explains his interest to continue working to understand the S-matrix in quantum electrodynamics.