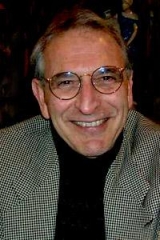 Elliott Bloom, Professor Emeritus of Particle Physics and Astrophysics at SLAC, recounts his childhood in Brooklyn and then in Los Angeles, and he describes his early interests in physics. He discusses his undergraduate experience at Pomona College where he became interested in particle physics and cyclotrons. Bloom describes his graduate work at Caltech, where he worked under the direction of R.L. Walker and did his thesis experiment on studying gamma ray production of charged pions from hydrogen or deuterium. He discusses his postdoctoral research at SLAC to work with Richard Taylor, who was building spectrometers in End Station A at the end of the linear electron accelerator. Bloom discusses his early interests in online computing and he describes the origins of the Parton model and his collaboration with Joe Ballam on BC-42. He explains his original involvement with axion research and the significance of the DORIS-II storage ring at DESY. Bloom discusses his subsequent work at the SLAC B-factory on PEP-II, he describes his interests in the COBE satellite, and he explains SLAC's entrée into astrophysics. He discusses the collaborative effort with NASA on the GLAST experiment and his focus with DOE support to understand dark matter. At the end of the interview, Bloom reflects on his career trajectory as part of a larger narrative of particle physicists who became engaged in astrophysics later in their careers, and why it is important for physicists to remain open to new avenues of inquiry.