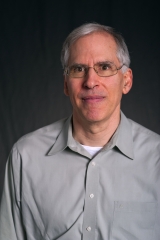 In this interview, David Zierler, Oral Historian for AIP, interviews Laurence Yaffe, chair of the department of physics at the University of Washington. Yaffe recounts his childhood in northern California and his early interests in science and the influence of his mother, who was a chemist. He discusses his undergraduate experience at Caltech, where he became absorbed in physics even as he continued in his major in chemistry. Yaffe explains his graduate offer from John Wheeler to pursue a Ph.D. in physics at Princeton. He describes the intellectual benefits of going back and forth between the Institute and the department, and he discusses his relationship with his graduate advisor, David Gross. Yaffe explains why he believes string theory should continue to be pursued, particularly in light of developments related to AdS/CFT duality. He describes his decision to return to Caltech for his postdoctoral research, and he recounts his considerations with competing faculty offers from Caltech and Princeton. Yaffe discusses his early faculty career at Princeton and his work on quark and lepton masses and the large-N limit of QCD or Yang-Mills theory. He describes the events leading to his decision to join the faculty at UW and his ongoing interests in QCD. Yaffe explains the evolution of quantum field theory over the course of his career, and he describes how advances in computers have revolutionized theory. He discusses some of the challenges inherent in the current state of the field, and he discusses his advisory work for the Department of Energy. At the end of the interview, Yaffe reflects on the overall and historic excellence of the department of physics at UW, and he explains why he will remain interested in quantum entanglement for the foreseeable future.