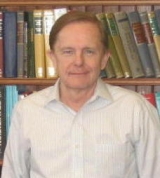 In this interview, David Zierler, Oral Historian for AIP, interviews Thomas Appelquist, Eugene Higgins Professor of Physics at Yale University. Appelquist recounts his upbringing in rural Iowa and then Indiana, where he attended Catholic high school. He describes his undergraduate experience at Illinois Benedictine College and explains his attraction to attend a small school for college. Appelquist discusses his decision to attend Cornell for his PhD, and recalls that, relative to others in his cohort who went to larger schools, he had the most catching up to do in quantum mechanics. He explains the development of his thesis topic under the direction of Don Yennie, which focused on aspects of renormalization theory using the Feynman parametric approach. Appelquist contextualizes some of the broader questions in quantum field theory and quantum electrodynamics at this time, and he describes the opportunities that led him to SLAC for his postdoctoral research. He describes his interests there as focused on theories of the weak interactions, and he describes his initial faculty appointment at Harvard where he joined the particle theory group led by Shelly Glashow and Sidney Coleman. Appelquist discusses his close collaboration with Helen Quinn on how to renormalize Yang-Mills theories, and he explains his decision to take a tenured position at Yale in consideration of the culture at Harvard, where the prospects of tenure were minimal. He describes the revolutionary discoveries of asymptotic freedom, QCD, and the “November Revolution” at SLAC and Brookhaven at the time. Appelquist describes his research and administrative activities to advance the particle theory group at Yale, and his overall efforts to improve the department as chair and in particular building up the condensed matter theory group. He discusses his tenure as Dean of the Graduate School and his long-term involvement with the Aspen Center. At the end of the interview, Appelquist describes his current interests in lattice gauge theory and explains why he expects that physics will see double beta decay in the next generation of experiments.