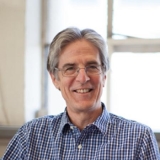 Interview with Sunil Sinha, Distinguished Professor Emeritus in the Department of Physics at the University of California, San Diego. Sinha describes how he has been able to keep up his research during the COVID pandemic, and he recounts his childhood in Calcutta where he attended Catholic schools and developed his interests in math and science. He describes his undergraduate education at Cambridge where he became interested is quantum mechanics, and he explains his decision to remain there for graduate work to conduct research on neutron scattering under the direction of Gordon Squires. Sinha explains the centrality of neutron scattering to the development of condensed matter physics, and he describes the opportunities leading to his postdoctoral research at Iowa State. He discusses his work at Ames Lab and Argonne Lab, where he continued to pursue fundamental research on neutron scattering and rare earth materials. Sinha describes his research at Exxon Lab, and the start of the revolution in soft matter physics, and he explains his decision to return to Argonne at the beginning of the Advanced Photon Source project. He discusses his subsequent move to San Diego where he enjoyed a joint appointment with Los Alamos Lab and when he was able to concentrate more fully on teaching after a career spent mostly in laboratory environments. At the end of the interview, Sinha describes his current interest in spin glasses, exchange biases, and jamming theoretical computer simulations, and he explains the reason for the enduring mystery of the mechanism for high-temperature superconductivity.