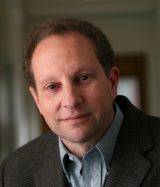 Interview with Alan Dressler, Astronomer Emeritus at The Carnegie Institute for Science Observatories. He describes his current focus on the James Webb Telescope and he conveys concern for a "post-reality" political environment that has taken a grip on American politics. He recounts his upbringing in Cincinnati, and how his curiosity about how things worked naturally pulled him toward astronomical interests. Dressler discusses his undergraduate education at UC Berkeley and his decision to pursue a PhD in the newly created Department of Astronomy at UC Santa Cruz. He describes the importance of the Lick Observatory for his research under the direction of Joe Wampler, and how Jim Peebles gave this thesis project a "seal" of approval. Dressler describes the origins of the Dressler Relation in his study of the morphology of galaxies and the density of their environment, and he describes the opportunities leading to his postdoctoral appointment at Carnegie. He explains the history of the Caltech-Carnegie partnership in astronomy, and he describes working with Allan Sandage and Jim Gunn. Dressler emphasizes the revolutionary effect the Hubble Telescope imparted to the field, and he discusses his time as a Las Campanas fellow. He describes how his work on galaxy formation fed into larger questions about the origins of the universe and the broader philosophical implication of our understanding of Earth's place in the universe. Dressler explains the Great Attractor Model and the state of play in black hole research in the 1980s, and he describes why he did not need to "see" an image of black holes to be convinced of their existence. He narrates the origins of the Association of Universities for Research and Astronomy, and the drama surrounding the repair of the Hubble. Dressler describes presenting the HST & Beyond report to NASA administrator Dan Goldin, and he discusses the natural progression for his work on the NASA Origins program. He discusses his subsequent focus on the Magellan Telescope and the EOS Decadal Survey. At the end of the interview, Dressler reflects on the strides made in galaxy formation research over the course of his career, and he conveys pride in playing a role in science, for which he appreciated since youth as a field that offered limitless opportunities to improve the world.