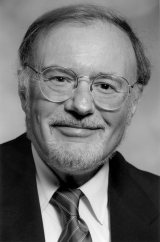 In this interview, David Zierler, Oral Historian for AIP, interviews Maury Tigner, Hans A. Bethe Professor of Physics Emeritus at Cornell. He discusses the origins of the "Handbook of Accelerator Physics and Engineering," and he provides perspective on the prospects of China's contributions for the future of high energy physics. Tigner recounts his childhood as the son of parents in the clergy, and he discusses his undergraduate education in physics at RPI and his interest in working on the betatron. He explains the opportunities that led to his acceptance to the graduate program in physics at Cornell to work under the direction of Bob Wilson and Boyce McDaniel. Tigner explains his decision to remain at Cornell for his postdoctoral research to assume responsibility of the 2.2 GeV Synchrotron, and he describes his initial research at DESY in Germany. He describes his work developing superconducting radiofrequency technology, and the NSF role in supporting this effort. Tigner discusses his work on the design team for the SSC and the impact of the cancellation of ISABELLE, and he narrates Panofsky's decision to replace him with Roy Schwitters. He describes his return to Cornell, and he conveys that despite the structural challenges, there is much to remain optimistic about in high energy physics.