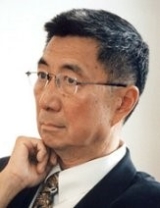 In this interview, David Zierler, Oral Historian for AIP, interviews Samuel C.C. Ting, Thomas D. Cabot Professor of Physics at MIT and Guest Professor of the Director General of CERN. Ting describes his long-term, unpaid affiliations with CERN and DESY, he recounts his childhood in Michigan, and he describes the opportunities that led to his parents to pursue graduate degrees at the University of Michigan. He explains why he returned with his parents to China before the Second World War, and he describes his family’s experiences during the war. Ting describes his own decision to return to the United States for his undergraduate studies after his family fled from the mainland to Taiwan in 1948, where he lived for eight years, before enrolling in the engineering program at the University of Michigan. He conveys his love for Michigan football, his near brush with the draft, and he explains his decision to remain at Michigan for graduate school. Ting explains his decision to focus on experimentation after initially considering theory, and he discusses his work on the Bevatron at the Lawrence Radiation Laboratory in Berkeley. He describes his dissertation research on pion proton elastic scattering, and his contribution to the finding that that diffraction peak of this scattering does not shrink with increased energy. Ting explains the opportunities that led to his work at CERN to work on proton-proton scattering with Giuseppe Cocconi, and his positive experiences as a junior faculty member at Columbia University. He explains his collaboration with Stanley Brodsky and this connection with his work at DESY, and he relates Feynman’s humorous congratulatory telegram shortly after he won the Nobel Prize on the J particle. Ting explains the significance of this work, and that of Burt Richter at SLAC whose work was entirely independent from Ting’s. He explains his decision to deliver his Nobel acceptance speech in Mandarin, he describes the challenges of distraction owing to the recognition, and he explains how he became interested in space-based experiments. He discusses his increasing involvement with NASA and the Department of Energy (DOE) in pursuing his goal of large-scale experiments, where he has concentrated on measuring the spectrum of electrons. He explains the origins and outlook for the Alpha Magnetic Spectrometer (AMS), and he projects that attaining higher energies will continue to advance fundamental discovery which will serve as complements to land-based accelerator experiments. Ting discusses the discovery of the gluon by the Positron-Electron Tandem Ring Accelerator (PETRA) collaboration, and the influence of his research on the standard electroweak model, and he reflects on what it will take to understand dark matter. At the end of the interview, Ting expresses gratitude for the support he has received from MIT over the course of his career, and he makes the case for why governments should continue to support basic science research, even in fields for which no immediate benefit to humanity is readily apparent.