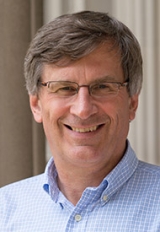 In this interview, David Zierler, Oral Historian for AIP, interviews Boleslaw (Bolek) Wyslouch, professor of physics at MIT and Director of the Laboratory for Nuclear Science, and Director of the Bates Laboratory at MIT. Wyslouch explains how the laboratories have been coping during the coronavirus pandemic and he discusses the educational opportunities available for MIT students at the labs. Wyslouch recounts his childhood in postwar Poland, and he explains how his apolitical instincts worked well with his interests in science as a student. He describes his work at CERN, Saclay, and at DESY as an undergraduate, and he conveys his good fortune to be studying physics outside of Poland during the upheavals of the late 1970s and early 1980s. Wyslouch describes meeting Samuel Ting and the subsequent opportunity he made for Wyslouch to continue his research at CERN with Ulrich Becker, and the circumstances leading to his faculty position at MIT. He describes his work on the RHIC accelerator and the impact of Frank Wilczek’s work on QCD, and he explains his ongoing collaborations at CERN. Bolek reflects on his contributions to quark-gluon plasma research and the use of CMS for heavy-ion detection. He cites the quality of his collaborators as the most important ingredient in his successful research endeavors, and he describes his involvement with the LHC and why he will always consider CERN his “mother Lab.” At the end of the interview, Wyslouch assesses how ongoing advances in technology, and in particular, computational techniques and algorithms, will continue to push forward fundamental advances in nuclear and particle physics.