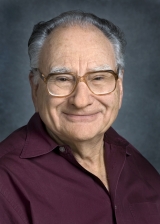 In this interview, David Zierler, Oral Historian for AIP, interviews Arthur Poskanzer, distinguished senior scientist emeritus at Lawrence Berkeley National Laboratory. Poskanzer recounts his childhood in Manhattan and his experience at Stuyvesant High School where he focused on chemistry. He discusses his undergraduate studies at Harvard and his decision to study at MIT under Charles Coryell in radio chemistry. Poskanzer describes his postgraduate research at Brookhaven where he studied high-energy protons on uranium, and he explains his decision to transfer to Berkeley Lab to work with Earl Hyde on the Bevatron. He explains how he discovered the collective flow of nuclear matter and he describes the origins of the Plastic Ball experimental group. Poskanzer discusses the contributions of the STAR collaboration and the discovery of elliptic flow and the existence of quark gluon plasma. He compares the experiences that led to his discovery of 28 isotopes and why he enjoyed discovering Helium-8 the most. Poskanzer explains the connection between his study of isotope decay and the value this had for solar neutrino experiments, and he explains why 28 was the “magic number” for neutron excess sodium isotopes. At the end of the interview, he describes how Berkeley Lab has changed over the years, and in reflecting on all the discovery he was a part of, Poskanzer emphasizes that successful scientists have an intuition that allows them to pick projects primed for success.