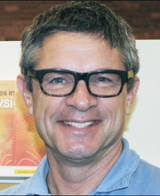 Andrew Strominger, Gwill E. York Professor of Physics at Harvard, with affiliations at the Black Hole Initiative and the Center for the Fundamental Laws of Nature at Harvard, is interviewed by David Zierler. He recounts his childhood in Saint Louis, Madison, and then Boston, as his father, the prominent biochemist Jack Strominger, moved academic positions. Strominger discusses his undergraduate education at Harvard, where he started at age fifteen, and he describes his experience living on a commune in New Hampshire and hitchhiking to classes at Harvard during the week. He describes what he thinks string theory is, and is not, capable of describing as a representation of physics reality and the significance of the Calabi-Yau paper. He explains why the fact that the universe exist must be proof that there is some theory that can allow for gravity to be incorporated in the Standard Model, and he addresses criticisms that string theory deals in realms that are not scientifically testable. Strominger describes his graduate research at MIT where he began his work on quantum gravity, which he continued as a postdoctoral researcher at the Institute for Advanced Study and then at UC Santa Barbara, where he spent twelve years on the faculty. He discusses his long-term collaboration with Stephen Hawking, and he muses on the likelihood, in his view, that there are other universes even if there is no scientific way to confirm or disprove their existence. At the end of the interview, Strominger reflects on the unique importance of the concept of belief in science. 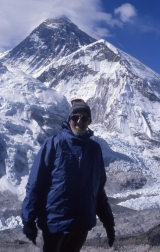