In this interview, David Zierler, Oral Historian for AIP, interviews David Pritchard, Cecil and Ida Green Professor of Physics at MIT. He recounts his childhood in New York and discusses his early interests in science and the influence of his father, who was an electrical engineer. Pritchard explains his decision to attend Caltech as an undergraduate, and he conveys the reverence that he and fellow undergraduates felt for Feynman. He describes his natural gravitation toward experimentation and discusses his formative summer job at the Cambridge Electron Accelerator. Pritchard discusses his graduate work at Harvard and he relates some of the stylistic distinctions of Schwinger and Feynman. He describes his research in the lab of Dan Kleppner, who was working on the hydrogen maser, and he discusses his dissertation project on laser atomic scattering. Pritchard explains the events leading to his tenure at MIT, and he describes the negative impact of the Vietnam War on federal funding for basic science. He explains the origins of his interests in aliens and alien abductions, and he discusses how he brought an academic physics perspective to this field. Pritchard discusses some of the metaphysical or spiritual implications of his work on alien research, and he shares his ideas on the concept that knowledge is a social construct. At the end of the interview, Pritchard explains some of the through lines that connect all of his theoretical and experimental work, and he considers the impact of technological improvements over the decades on his research. 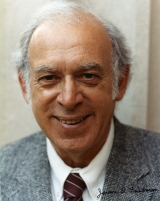