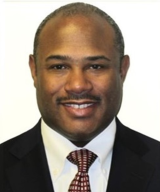 In this interview, David Zierler, Oral Historian for AIP, interviews Sean L. Jones, Assistant Director for the Directorate for Mathematical and Physical Sciences at the National Science Foundation. Jones recounts his father’s scientific career at IBM and his own childhood in South Carolina, and the opportunities he had to pursue his interests in math and science. He discusses his undergraduate work in ceramic engineering at Clemson and the opportunities for him to become a McKnight Fellow at the University of Florida for graduate school, where he worked on increasing the luminescence of thin film phosphorous. He describes his postgraduate work at Bell Labs and how the internet bubble affected him at the turn of the century. Jones discusses his subsequent work as a professor of optical engineering at Norfolk State University and the enjoyment he derived in teaching at an HBCU. He explains why meeting Bruce Kramer at NSF was so formative and why he chose to join NSF as a program director after working at Applied Plasmonics. Jones describes the flatness of the NSF’s organizational structure and how the Obama administration’s commitment to science and technology research resonated for his program. He discusses his work at the OSTP in the Executive Branch and his tenure as Executive Secretary of the National Science Board. Jones discusses his increasing responsibilities at NSF and the overall improvement of the budgetary environment since he started. He talks about the current opportunities to expand diversity in STEM and his current work in managing research support as costs continually rise. At the end of the interview, Jones explains why the appetite for taking risk must be central to the future of good scientific policy at the national level. 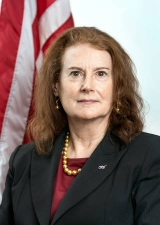