In this interview, David Zierler, Oral Historian for AIP, interviews Nadya Mason, Professor of Physics at the University of Illinois at Urbana-Champaign. Mason recounts her family background and her childhood growing up in New York City, then Washington DC, and then Houston. She discusses her dedication to gymnastics between ages 8-16 and her rise to national stature in that field. Mason describes her developing interests in math and science, including a formative internships at Rice University and the Exxon Production Research Center where she discovered her love for lab work. She describes her undergraduate experience at Harvard, the supportive mentor she found in Howard Georgi, and her work in the condensed matter physics lab at Bell Labs where she developed her interest in liquid crystals. Mason explains her focus on condensed matter physics for graduate school, and she describes her graduate work at Stanford, where her initial intent was to work with Doug Osheroff before she became interested in working with Aharon Kapitulnik on superconductivity. She explains some of the main questions that drove her dissertation research, including the behaviors that are possible in a low-dimensional superconductor. Mason discusses her postdoctoral work back at Harvard where she pursued research on carbon nanotubes quantum dots. She describes her decision to join the faculty at Illinois and what it was like to set up a major lab and the strong support she enjoyed from the university. Mason describes her research agenda over the course of her career, she discusses her current interests in mesoscopic low dimensional materials with correlated materials, and she describes the opportunities and challenges teaching at a large public university. She shares her thoughts on where physics can go as a community to enhance diversity and inclusivity in the field, and she emphasizes the importance of individual responsibility as a means to achieve those goals. At the end of the interview, Mason describes some of the exciting avenues of research in the future, including work on combining topological and magnetic materials, and she considers the importance of machine learning for the future of condensed matter physics. 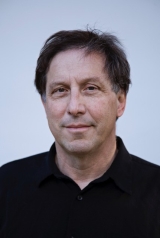 Interview with Steven Kivelson, Prabhu Goel Family Professor of Physics at Stanford University. Kivelson recounts his childhood in Los Angeles as the son of academic scientists, and he describes his transition from career ambitions in the law toward physics. He discusses his undergraduate experience at Harvard, and he describes his lack of appreciation of the stature of many of the physics professors, such as his advisor Paul Martin, whom he knew first as a friend of his parents. Kivelson explains his decision to continue at Harvard for his graduate degree, and he discusses how he developed his interest in amorphous semiconductors under the guidance of Dan Gellat. He recounts his postdoctoral work at UC Santa Barbara, where he worked with Bob Schrieffer on the physics of conducting polymers. Kivelson discusses his first faculty position at Stony Brook, and he discusses the excellent group of graduate students he advised during his tenure there. He discusses some of the broader research questions in condensed matter of the time, including the significance of macroscopic quantum tunneling, invented by Tony Leggett. Kivelson explains his reasons for moving to UCLA, and he discusses Ray Orbach’s efforts to make recruitment a priority there. He discusses his long interest in fractionalization with regard to conducting polymers to be generalized to spin liquids, and his move to Stanford, which attracted him in part because of the condensed matter experimental group. At the end of the interview, Kivelson discusses his current research interests in exploring well-controlled solutions of paradigmatic models of strongly correlated electron systems, and he explains why the concept of a grand unified theory of physics is not a scientific but rather a religious proposition.