In this interview, David Zierler, Oral Historian for AIP, interviews Katie Mack, Assistant Professor of Physics at North Carolina State University. Mack discusses her website AstroKatie.com, and some of the challenges inherent in conveying scientific concepts over her widely followed Twitter account. She describes her childhood in Long Beach, California, and her early interests in math and science. Mack discusses her undergraduate experience at Caltech, where she studied physics with a special interest in cosmology and the excitement surrounding LIGO, WMAP and the CMB experiments. She explains her decision to go to Princeton, where she studied under the direction of Paul Steinhardt, and the formative time she spent working on theory at Cambridge, first during her graduate school time and then as a postdoctoral researcher. Mack describes the origins of her interests in communicating science to broad audiences and she discusses her focus on axions and inflation for her thesis research. She discusses her subsequent postdoctoral research at the University of Melbourne where she worked with Stuart Wyithe, and she describes some of the cultural difference of physics in Australia. Mack describes her current interests in different versions of dark matter, and she explains her conception of time as it relates to the universe having a narrative with a beginning and an end. She discusses her work on cosmic eschatology and the book project that resulted from these interests. At the end of the interview, Mack discusses her research agenda at NC State, the importance she places on science communication, and she conveys her excitement about future work on dark matter annihilation in the cosmic dawn and the exotic early universe models of dark matter. 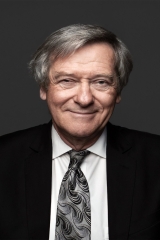