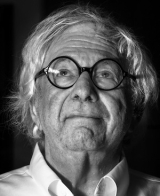 In this interview, David Zierler, Oral Historian for AIP, interviews Gordon Kane, Victor Weisskopf Distinguished Professor of Physics at the University of Michigan. He explains why came to hold a chair in Weisskopf’s honor and he describes his affiliation with the Leinweber Center for Theoretical Physics. Kane recounts his childhood in Minnesota and the opportunities that led to his enrollment in physics at MIT and his graduate work at Illinois to work with J.D. Jackson. He explains that the major topic in particle theory during his graduate work was understanding nucleon scattering and the significance of Geoff Chew’s bootstrap mechanism. Kane talks about his contribution to the discovery of the omega minus at Brookhaven and his research at the Rutherford Lab. He explains his decision to join the faculty at Michigan and his interest in group theory because of the advances made by Murray Gell-Mann. Kane describes the early work in the search for physics beyond the Standard Model, and he explains the value of string theory at the Planck scale. He discusses the possible new physics that would have been discovered at the SSC and why compactified M theory offers a plausible path to moving beyond the Standard Model. Kane explains why string theory is testable and why string theory predicts axions, he offers some possible candidates for dark matter and what compactified M theory offers cosmic inflation. At the end of the interview, Kane discusses his current interests in quark masses and charge leptons, he explains some of the advantages inherent in teaching at a large public university, and he describes why communicating science to popular audiences has always been important to him.