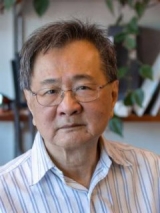 Interview with Nai Phuan Ong, professor of physics at Princeton University. Ong describes how he has managed to keep his lab running during the coronavirus pandemic thanks to remote data analysis. He recounts his childhood in Malaysia in a family of ethnic Chinese who had businesses in Penang, and he describes his Catholic schooling and how he became interested in science as a young boy. Ong describes the opportunities leading to his undergraduate education at Columbia, where he pursued a degree in physics. He explains his decision to enroll at Berkeley for graduate school, where he studied under the direction of Alan Portis and worked on developing a microwave technique to perform measurements of the Hall effect without making Hall contacts to the sample. Ong recounts his offer from the University of Southern California to join the physics department first as a postdoctoral researcher and then as a member of the faculty. He explains his decision to move to Princeton and describes some of the difficulties given what he saw as a low point for condensed matter physics in the physics department at Princeton at that time. Ong describes the significance of the prediction and discovery of superfluid helium-3, and he discusses how Phil Anderson introduced him to high-Tc superconductivity. He discusses his research on representing the weak field Hall effect in a geometric fashion, he explains why the cuprate Hall effect remains mysterious, and he describes his more recent work on quantum spin liquids and the Nernst effect. Ong describes the excitement surrounding research in novel ground states of Dirac electrons in graphene, and what the achievement of topological quantum computers would mean for his research. At the end of the interview, Ong explains why graduate students are among the rarest and most precious resources in science, and why he hopes to concentrate on the Karplus-Luttinger theory in the future.