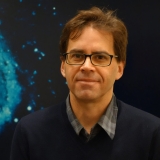 In this interview, David Zierler, Oral Historian for AIP, interviews Peter Fritschel, Senior Research Scientist in the Kavli Institute for Astrophysics at MIT. Fritshel explains the historical connections between Kavli, Caltech, MIT, and the overall LIGO collaboration. He recounts his childhood in South Dakota, then New York City, and then back to South Dakota in support of his father’s academic career. Fritschel discusses his undergraduate education at Swarthmore, where he pursued degrees in physics and engineering, and he discusses his post-college work at Raytheon on CO2 lasers in its research division. He describes the events leading to his admission to MIT for graduate school where he joined Rai Weiss’s research lab, and he explains the progress that the lab had made on interferometers at that point in the mid-1980s. Fritschel explains the utility of his background in lasers for Weiss’s lab, and the significance of Caltech’s involvement in the LIGO project. He discusses the relationship between his thesis research on making an interferometer with a power recycling configuration in two arms, and LIGO. Fritschel describes his intent to leave MIT after he defended, and he considered opportunities more broadly in atomic, molecular, and optical physics, which led to his work in Orsay, France, with Alain Brillet and Adelberto Giazotto, the founders of the Virgo collaboration. He explains his decision to return to MIT, and how his work in France was useful for his return to LIGO. He explains how LIGO had advanced during his absence, he discusses his contributions to improving the sensitivity of the gravitational interferometers, and he describes how LIGO had made consistent progress over many years and not “all at once” with the detection of gravitational waves in 2015. Fritschel explains that the Nobel Prize given to LIGO’s principal scientists recognized the collaboration both as a theoretical and an experimental endeavor, and he describes the overall positive impact that this recognition had on the collaboration as it continues to push discovery in gravitational wave research and the advances in both physics and engineering that are required for LIGO to realize its future goals. At the end of the interview, Fritschel conveys the centrality of LIGO’s study of black holes and neutron stars in order to harness the collaboration’s ability to garner new insights on the early Universe.