Interview with Gabriela Gonzalez, Louisiana State University Boyd Professor in the Department of Physics and Astronomy. Gonzalez explains how the pandemic has slowed down data analysis for LIGO, and she recounts her childhood in Cordoba, Argentina. She describes her early interests in science and her physics education as an undergraduate in Cordoba. Gonzalez explains the circumstances that led to her graduate studies at Syracuse University where she studied relativity under the direction of Peter Saulson, and where she first became involved with LIGO. She discusses her postdoctoral appointment at MIT to work in Rai Weiss’s group, and she explains LIGO’s dual goals of detecting gravitational waves and building precision instruments toward that end. Gonzalez explains her decision to join the faculty at Penn State and she describes the site selection that led to the detection facility in Livingston, Louisiana. She describes the necessary redundancy of the LIGO detectors at Livingston and Hanford, Washington, and the importance of “locking” the mirrors on the detectors. Gonzalez describes the overall scene at LIGO in the months up to the detection and the theoretical guidance that improved the likelihood of success. She describes the intensive communication and data analysis to confirm the detection prior to the announcement, and she explains how she felt honored as part of the overall Nobel Prize award and subsequent celebration. Gonzalez describes LIGO’s work in the current post-detection period, and her own focus on diagnostics of the data, and she explains why this work, and the constant concern in missing something important, can be stressful. At the end of the interview, Gonzalez surveys what mysteries LIGO can, and cannot, solve, and she conveys optimism for LIGO’s long-term prospects to continue to push fundamental discovery. 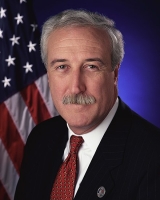