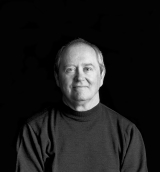 Interview with Willy Haeberli, Professor of Physics Emeritus at the University of Wisconsin in Madison, Wisconsin. Haeberli recounts his childhood in Basel, Switzerland, and he describes his experiences as a student during World War II. He discusses his early interest in physics and his decision to pursue nuclear physics at the University of Basel under the direction of Paul Huber. Haeberli describes his graduate research on the ionization of gasses by alpha particles, and he describes the circumstances leading to his subsequent postdoctoral job at the University of Wisconsin, where he was attracted to work with Raymond Herb in accelerator physics. He explains some of the scientific and cultural adjustments in order to settle in at Madison, and he describes the central questions of the structure of atomic nuclei that propelled nuclear physics at that time. He describes his subsequent research at Duke University before returning to Madison to join the faculty, he describes his many research visits to ETH Zurich, the Max Planck Institute, Fermilab, Saclay, and at DESY in Hamburg, and he offers insight on some of the differences in approach between American and European accelerator labs. Haeberli reflects on his contributions to the study of polarized protons and deuterons and angular momentum assignments. He discusses his work developing gas targets of pure spin polarized hydrogen and deuteron atoms, and he describes the critical support of the DOE and the NSF for this research. Haeberli shares his feelings on being elected to the National Academy of Sciences, and he explains his preference teaching undergraduates to graduate students. At the end of the interview, Haeberli describes how the department of physics at Wisconsin has changes over his decades of service, and he explains how only with the benefit of historical hindsight can one distinguish the truly important advances in the field.