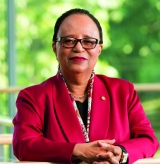 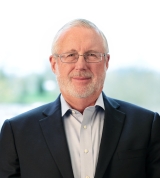 Interview with Peter Lyons, former Assistant Secretary for Nuclear Energy in the Department of Energy. Lyons describes his consulting work as an advisor to National Laboratories, for Jordan’s Atomic Energy Advisory Board, and as a Distinguished Energy Fellow at the Institute of Energy Economics of Japan. He recounts his childhood in Nevada, and he discusses his undergraduate education in physics at the University of Arizona. Lyons discusses the opportunities that led to his graduate research at Caltech where Charlie Barnes and Willy Fowler were formative influences for his work on stellar nucleosynthesis. He describes his postdoctoral appointment at Los Alamos to work on laser fusion and his work in the plasma group. Lyons explains the value of fiber optics for nuclear testing, and he describes his view of SDI when he was a program director at the Lab. He describes his work as Deputy Associate Director for Defense Research and Applications, and how the end of the Cold War was felt at the Lab and in particular for its work in securing the nuclear stockpile of the former Soviet Union. Lyons describes how the Lab adapted to post-Cold War research during his time as Deputy Associate Director for Energy and Environment, and how he became increasingly interested in civilian energy issues. He discusses how the Lab became more involved as a partner to major industrial projects, and he explains his decision to leave the Lab to work for Senator Pete Domenici as science advisor, where he was closely involved in legislation on a number of scientific projects. Lyons describes recent advances in civilian nuclear energy and why hydrogen will be a significant player in the energy future. He discusses his tenure at NRC Commissioner, and his appointment at the Department of Energy with the incoming Obama administration. Lyons explains the impact of the Fukushima disaster on broader discussions relating to civilian nuclear energy, and he explains his decision to retire and the satisfaction he has felt as many of the program he contributed to continue to grow. At the end of the interview, Lyons provides a broad view on where civilian nuclear energy is on the right track as part of a carbon neutral future, and where he sees opportunities for technical and administrative improvement.