Graduate study at Harvard University; greatest influence was Wallace C. Sabine; Ph.D. on e/m as a function of accelerating voltage supervised by Harry Moss, 1907; as corollary he developed the "Chaffee quenched gap" for producing continuous oscillations. Work on oxide filament in thermionic vacuum tubes, 1910; the Chaffee Gap used in wireless telegraphy experiments, 1911; mercury arc work with Pierce resulting in mercury vapor detector. World War I: torpedo detectors, double modulation, warbling the spectrum by rotating condenser, super-heterodyne; travels to France and Italy to demonstrate his transmitter. Starts first vacuum tube course in U.S. at Harvard, 1920; work on regeneration in coupled circuits, 1924; elaborate equivalent circuits, 1929; works on electronic response of retina with Bovie (first application of vacuum tubes to biophysics; continued some work of Einthoven), 1920s. In 1930s, works on stimulation of autonomic responses in a monkey's brain (R. U. Light), and power tubes and non-linear systems; becomes chairman of Power Tubes Committee of the Institute of Radio Engineers. Also a short discussion of the invention of crystal oscillators by Cady, Pierce, and Arnold. 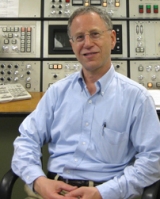